Bollywood actor Salman Khan was trolled after he shared a picture of himself with weight-lifter Mirabai Chanu in which he was seen wearing a stole with a Sangai printed on it. 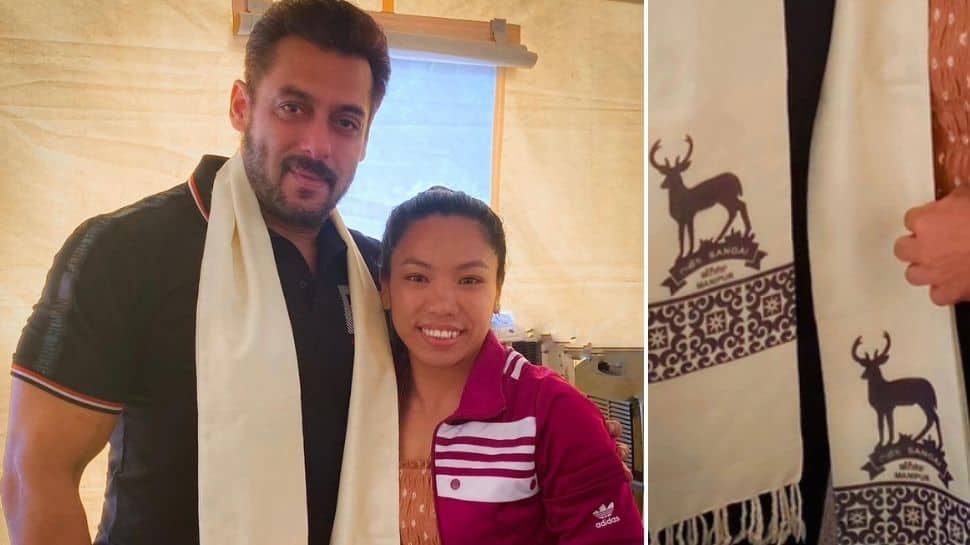 New Delhi: On Wednesday, Bollywood superstar Salman Khan shared a sweet picture with Indian weightlifter Mirabai Chanu, who made the country proud by bagging a silver medal at the Tokyo Olympics 2020 in the 49 kg category.

In the picture, we can see Salman Khan wearing a collared T-shirt with a stole that has the Sangai deer printed on it. The Sangai deer is an endangered species of brow-antlered deer that is exclusively found in Manipur.

Many netizens found this picture to be ironic in the context of Salman Khan's blackbuck controversy. They took to Twitter to poke fun at the picture, especially the stole with a deer printed on it.

Check out their tweets:

Not sure if @BeingSalmanKhan knows that there's a black buck on that stole.  https://t.co/lN3aoggYsm

India's ace weightlifter Mirabai Chanu had made the nation proud by winning the silver medal in the ongoing Tokyo Olympics in the women’s 49kg category on July 24.

Salman had shared the picture on his Instagram handle. Earlier in an interview, Mirabai had confessed that she was a fan of the 'Radhe' actor

On the work front, Salman will next be seen in 'Tiger 3' along with Katrina Kaif. He also has the action film 'Kick 2' in the works co-starring Jacqueline Fernandez.