Birds become more vulnerable to predators due to traffic noise

The researchers tested how traffic noise affected the reactions of Black-capped Chickadees and Tufted Titmice to alarm calls, which warn birds that a predator is nearby. 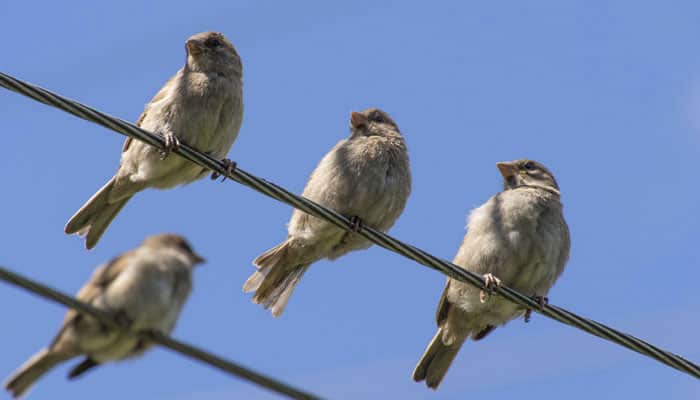 New York: A new research has found that the noise we make while on the road, that is blasting our car horns when in traffic, is actually making birds an easy prey for predators.

An alarm call is specific to different animals and refers to a distinct sound emitted by them that alerts others to potential danger lurking nearby.

"There has been lots of work on how anthropogenic noise affects vocal production, but much less on the response of animals to signals in the presence of noise," said one of the researchers, Megan Gall, from Vassar College in New York.

The researchers tested how traffic noise affected the reactions of Black-capped Chickadees and Tufted Titmice to alarm calls, which warn birds that a predator is nearby.

Speakers were set up near feeding platforms baited with bird seed and the researchers recorded the birds' responses to three different recordings – alarm calls alone, traffic noise alone, and a combination of the two.

The traffic noise did not deter the birds from feeding, but five times as many birds approached speakers when the researchers played alarm calls on their own compared with when traffic sounds were added, according to the study published in the journal The Condor: Ornithological Applications.

The findings suggest that excess noise in the environment from sources such as traffic can have negative effects on animals that rely on sound to communicate and get information about their surroundings.