Bani Yaseen put his side in front when he was given the time and space to head Baha Abdelrahman`s corner home unchallenged, powering the ball beyond the flat-footed Maty Ryan. 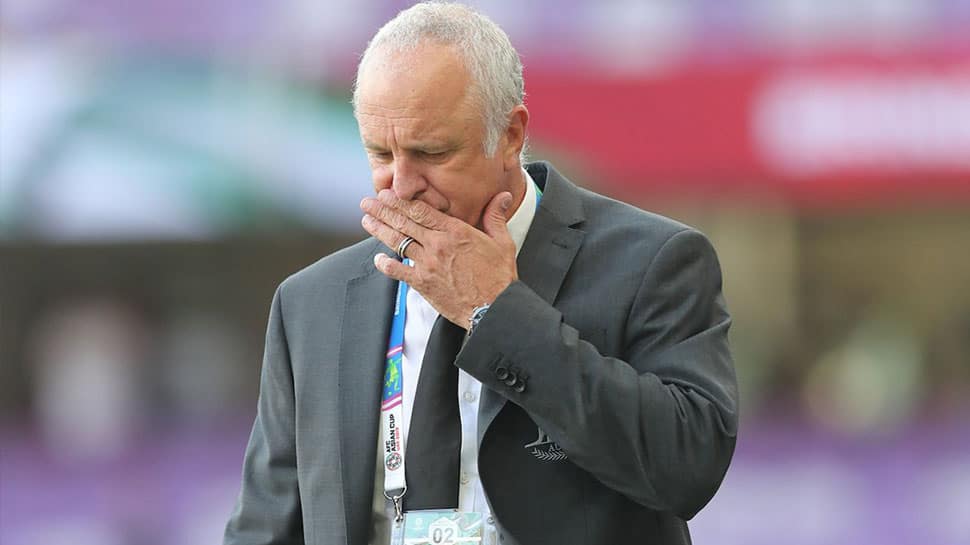 Australia made the worst possible start to the defence of their Asian Cup crown on Sunday as Graham Arnold`s Socceroos were handed a 1-0 defeat by unfancied Jordan.

The Australians, who won the title on home soil four years ago, dominated for long spells but were unable to find a way to cancel out Anas Bani Yaseen`s 26th-minute header in the Group B clash at Hazza bin Zayed Stadium.

"It was one of those days," Arnold said.

"A frustrating day and the ball didn`t seem to bounce. But you`ve got to give full credit to Jordan and they`ve shown that they had a lot of fight."

The Jordanians lead group B after the opening round of fixtures after a 0-0 draw in the later game between Syria and Palestine, with the Palestinians holding on for a point despite Mohammed Saleh`s 69th minute sending off.

Vital Borkelmans` Jordan were resolute in defence against an Australia side that struggled to turn their domination into chances. The Socceroos went into halftime trailing by a goal and were fortunate not to be further behind.

Bani Yaseen put his side in front when he was given the time and space to head Baha Abdelrahman`s corner home unchallenged, powering the ball beyond the flat-footed Maty Ryan.

Four minutes later Abdelrahman almost added a second when his freekick from the edge of the area speared towards goal, only for Ryan to push the ball onto the woodwork before it was cleared.

For all their possession, Australia crafted few clear-cut opportunities, with Awer Mabil`s shot coming back of goalkeeper Amer Shafi`s legs and Jamie MacLaren heading high over the bar.

Mabil hit the woodwork late in the second half as Australia grew increasingly desperate to find an equaliser and Shafi was kept busy until the final kick of the game. However, Jordan held on for a famous victory.

Also notching up a historic win were Stephen Constantine`s India side, who handed Thailand a surprise 4-1 thrashing with veteran striker Sunil Chhetri claiming a brace as he led his country to their first victory at the tournament in 55 years.

Chhetri put the Indians in front from the penalty spot before Teerasil Dangda equalised, only for the 34-year-old to restore his team`s lead with a fine finish early in the second half.

Anirudh Thapa and Jeje Lalpekhlua added to the scoreline as India won for the first time at the Asian Cup since defeating Hong Kong in 1964.

It put India top of the early standings in group A ahead of hosts the United Arab Emirates and Bahrain, who drew 1-1 on Saturday evening.