''Blue is ze colour'': Europa League hassles for some are boon for others

Supporters of the two London clubs from as far as Japan, Indonesia, the Middle East, Russia, the United States and other countries mingled with some English fans on Baku`s Caspian Sea promenade ahead of Wednesday`s final. 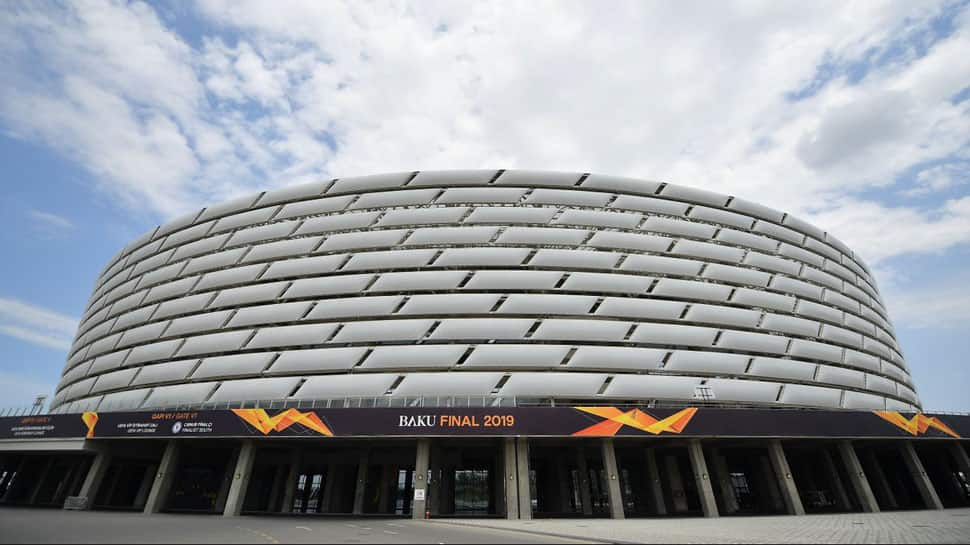 The travel headaches that have put many Arsenal and Chelsea supporters off flying to the Europa League final in Azerbaijan have been a boost for soccer fans from elsewhere in the world who often miss out on big games.

Supporters of the two London clubs from as far as Japan, Indonesia, the Middle East, Russia, the United States and other countries mingled with some English fans on Baku`s Caspian Sea promenade ahead of Wednesday`s final.

The big winners appeared to be Azeri fans who will make up the vast majority of the crowd in the nearly 70,000-seater Olympic Stadium.

Late on Tuesday, local Chelsea supporters showed off their knowledge of their club`s culture with a word-perfect - albeit heavily accented - rendition of the song "Blue is the Colour" as they waited for the players to emerge from training.

"I can`t imagine getting tickets to the game if it had been in London," said Ernest Teh, 30, who flew in from Singapore.

Wearing an Arsenal shirt, the team he has supported for more than 15 years, he said has only seen his club play in pre-season visits to Asia before now.

"I was surprised how easy it was to get tickets," he said.

Teh and his father paid 220 euros ($245) each for their seats while tickets for Saturday`s more prestigious Champions League final in Madrid – also an all-English affair between Tottenham Hotspur and Liverpool – would have cost them thousands, he said.

Flights from London costing 1,300 pounds ($1,642) or more, and often involving lengthy stopovers at airports such as Istanbul or Dubai, meant Arsenal and Chelsea failed to sell even close to their allocations of 6,000 tickets each.

Marwan Ezz Al Arab, a Chelsea-supporting, London-born Egyptian who travelled to the final from Cairo, said the choice of Baku had made it possible for him to attend.

"If this had been in Milan or Paris the tickets would have been sold out. In fact, they were as cheap as anything. That`s the advantage of Baku for me," he said.

More seasoned supporters said the atmosphere in Azerbaijan felt different to any other big games they had attended.

"It feels much more Asian and there are going to be lots of local people at the game too," said Bella Shestakova, a member of the Arsenal Russian Speaking Supporters Club who routinely travels from Moscow to follow the Gunners.

"It really feels different this time," she said.