Inter were knocked out of the Coppa Italia by Lazio on penalties, a result that followed a defeat by Torino and draw with Sassuolo in their first two league games since the winter break. 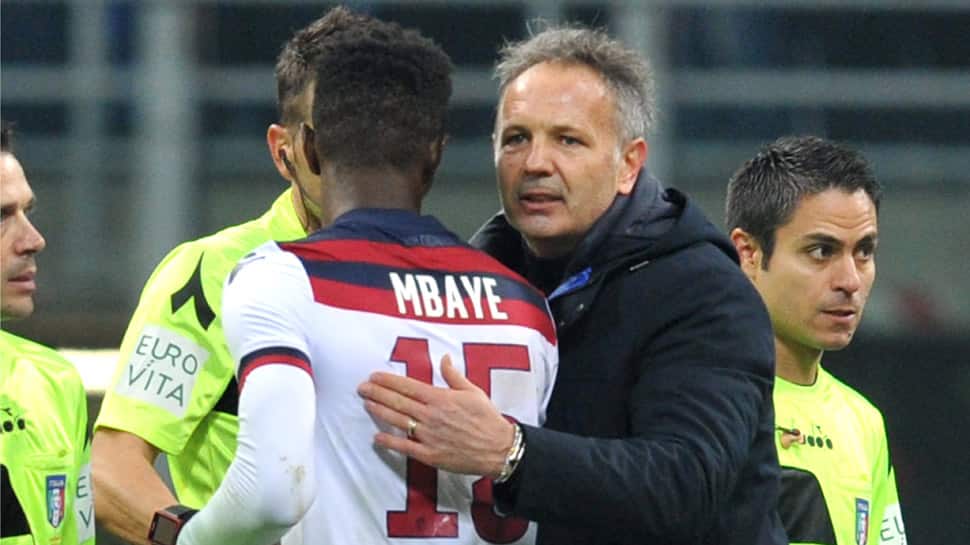 New Bologna coach Sinisa Mihajlovic enjoyed a debut to remember as a goal from Federico Santander handed them a shock 1-0 Serie A win over Inter Milan, whose nightmare start to 2019 continued on Sunday.

On Thursday, Inter were knocked out of the Coppa Italia by Lazio on penalties, a result that followed a defeat by Torino and draw with Sassuolo in their first two league games since the winter break.

The visitors sacked Filippo Inzaghi following a 0-4 defeat to 19th-placed Frosinone last week after a run of one win in 16 games, replacing him with former Inter player Mihajlovic.

The Serbian enjoyed a dream start to his second spell in charge of Bologna, having previously led them during the 2008-09 season, as Santander's first-half header earned the Rossoblu three points that move them to within one point of the safety zone.

"It is nothing new, being jeered by the fans, as I've experienced it a few times in my career," Spalletti told Sky Italia.

He added, “When you pay the price of the ticket, you have the right to demand something different, especially if the team is called Inter.

"We made really basic mistakes. You can tell the team is behind me but we lack something in the fight. The others fight harder than we do.”

Mauro Icardi squandered a great chance for Inter early on, shooting wide while unmarked eight yards from goal, before Samir Handanovic was on hand to deny efforts from Riccardo Orsolini and Santander.

The goal arrived when the Paraguayan striker nodded in from a corner at the front post and Inter, who have yet to score in three league games this year, struggled in the final third again.

Inter remain in third on 40 points, but have fallen 11 points adrift of second-placed Napoli.

Serie A: Nicolo Zaniolo strikes again as AS Roma draw with AC Milan