The result left Leipzig fourth on 42 points from 23 games, one behind third-placed Borussia Moenchengladbach and four ahead of fifth-placed Wolfsburg. 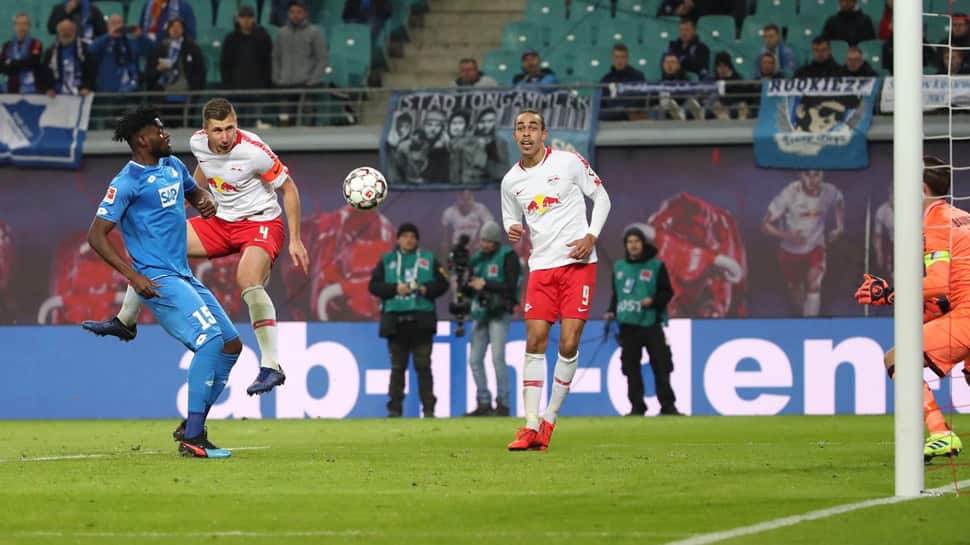 RB Leipzig stayed on course to finish in the Bundesliga top-four and earn a place in the Champions League next season after a late equaliser from left back Willi Orban earned them a 1-1 home draw against Hoffenheim on Tuesday.

The result left Leipzig fourth on 42 points from 23 games, one behind third-placed Borussia Moenchengladbach and four ahead of fifth-placed Wolfsburg.

Hoffenheim, who like Leipzig stretched their unbeaten league run to five games, stayed eighth with 34 points.

Leipzig had more possession in the first half but Hoffenheim always looked more likely to score from lightning fast breaks and they took the lead in the 22nd minute when Croatia striker Andrej Kramaric was left with a simple finish.

Leipzig keeper Peter Gulacsi could only parry a stinging low shot by Brazilian midfielder Joelinton from the right and Kramaric swept the ball into an empty net from three metres to silence the home crowd.

Leipzig`s best chance of an equaliser fell to Konrad Laimer on the stroke of halftime but visiting keeper Oliver Baumann did well to keep out his close-range effort.

The home side piled on the pressure after the interval and got their reward in the 89th minute as Orban capitalised on good work by Marcel Halstenberg to beat Baumann.

Leipzig visit bottom team Nuremberg in the next round, while Hoffenheim are away to sixth-placed Eintracht Frankfurt.

Jose Mourinho wants next club to have 'structural empathy'