The Bavarians, who face Chelsea in their Champions League last 16, first leg on Tuesday, are now on 49 points, four points clear of RB Leipzig, who travel to Schalke 04 on Saturday. 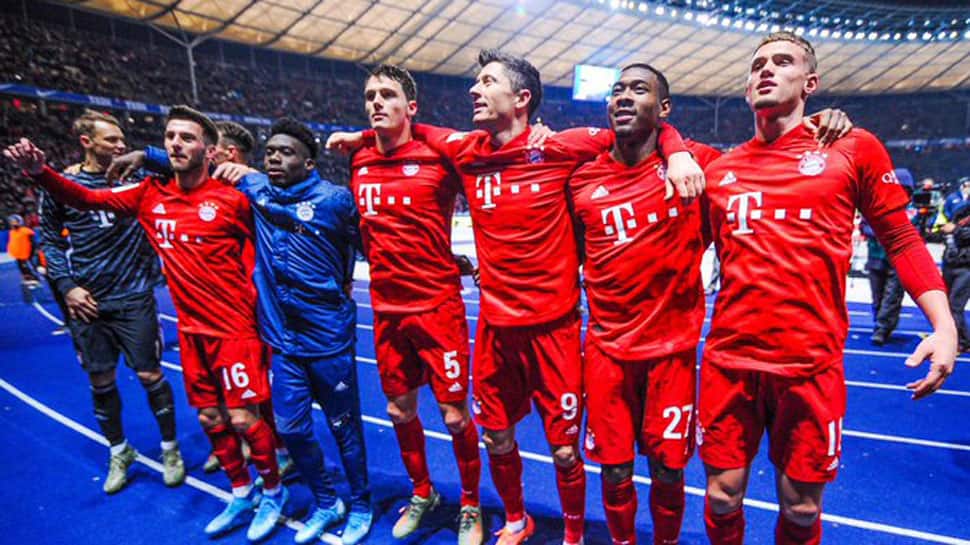 The Bavarians, who face Chelsea in their Champions League last 16, first leg on Tuesday, are now on 49 points, four points clear of RB Leipzig, who travel to Schalke 04 on Saturday.

Bayern, who had expected a far easier dress rehearsal ahead of their trip to London next week, went ahead with a Serge Gnabry effort in the 25th minute.

The visitors leveled a minute before the break when Bayern keeper Manuel Neuer spectacularly failed to clear the ball after racing out of his box and Dennis Srbeny slipped it through his legs and went on to and score.

Lewandowski, who came agonizingly close to scoring but was twice denied by Paderborn keeper Leopold Zingerle with a pair of superb saves, broke the deadlock in the 70th with a tap-in after fine work from Gnabry, but the visitors were not yet done.

They caught Bayern off guard once more with another lightning-quick break and Sven Michel fired in after Neuer had palmed the ball into his path.

Lewandowski, however, came to the rescue once more, firing home from another Gnabry assist for the winner and his 25th goal in 23 league matches.