Goalless as the hour mark approached, the Argentine introduced forwards Angel Correa, Alvaro Morata and Thomas Lemar and the Spanish side went on to win 2-0. 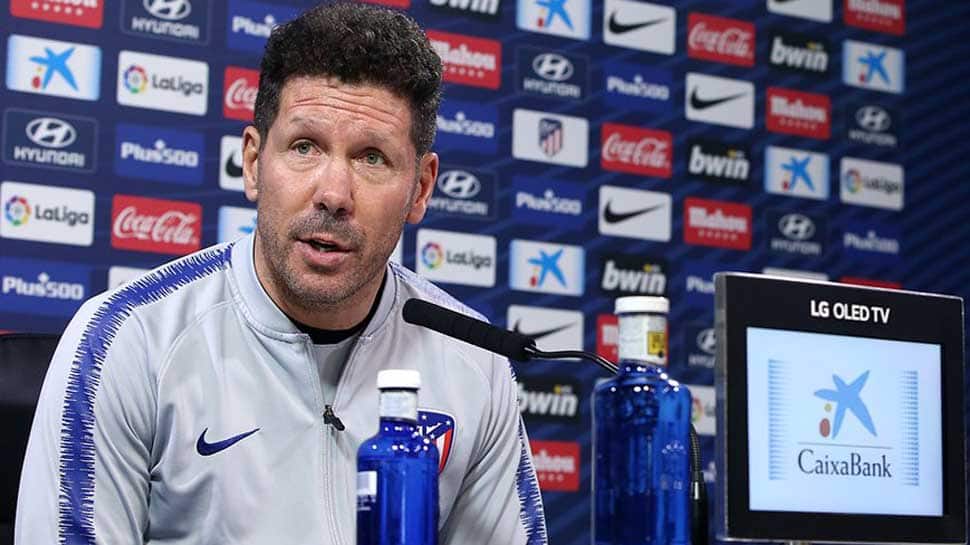 With the last-16 first leg delicately poised and goalless as the hour mark approached, the Argentine introduced forwards Angel Correa, Alvaro Morata and Thomas Lemar and the Spanish side went on to win 2-0.

Morata had a goal ruled out to the fury of the home supporters for a push on Giorgio Chiellini but, a breakthrough finally came when defender Jose Gimenez scored after a knockdown by Morata from a corner whipped in by Lemar.

Diego Godin doubled Atletico's lead following a well-worked free kick, giving Simeone's side a huge advantage over the runaway Serie A leaders ahead of the return leg in Turin next month.

"They all knew about the substitution, I called Correa, Lemar and Morata together, and Koke and (Diego) Costa knew they were not able to play 90 minutes," Simeone told a news conference.

"They all played brilliantly after coming on and played as a team. Doing what we have done over these years is not easy and today we did it again," he added.

Simeone still made headlines for his wild behaviour on the touchline, however, putting his hands on his trousers in a provocative celebration after Gimenez had broken the deadlock.

"It means we are brave. You have to be brave to start Costa and Koke after they hadn't played for over a month, and that's what I did. I feel so great because of these players. They represent the true meaning of Atletico. This is what we are and we aren't going to change. It's our style," he said.

Juventus coach Massimiliano Allegri criticised his side for switching off in the closing stages and for not showing patience.

"Atleti came out much more aggressively with set-pieces and caught us by surprise. We knew it would be tough, that Atletico force you to play badly, to play slowly, they have been playing this way for eight years," he said.

"Atletico can play for 85 minutes defending and playing long balls and we fell asleep and were second best. If anyone came here wanting to enjoy themselves they picked the wrong night," Allegri added.

Juventus defender Alex Sandro will be suspended from the second leg in Turin after getting a yellow card, while Atletico will be without Costa and Thomas Partey through suspension.

"There will be great disappointment after this result but we can turn the tie around. It will not be easy, we will need a great performance but it can be done and we must believe in ourselves," Allegri added.