The French forward, netted twice in the first-half to take his goalscoring tally to 209 goals in 446 games, moving ahead into sixth place on the club's all-time top scorers list. 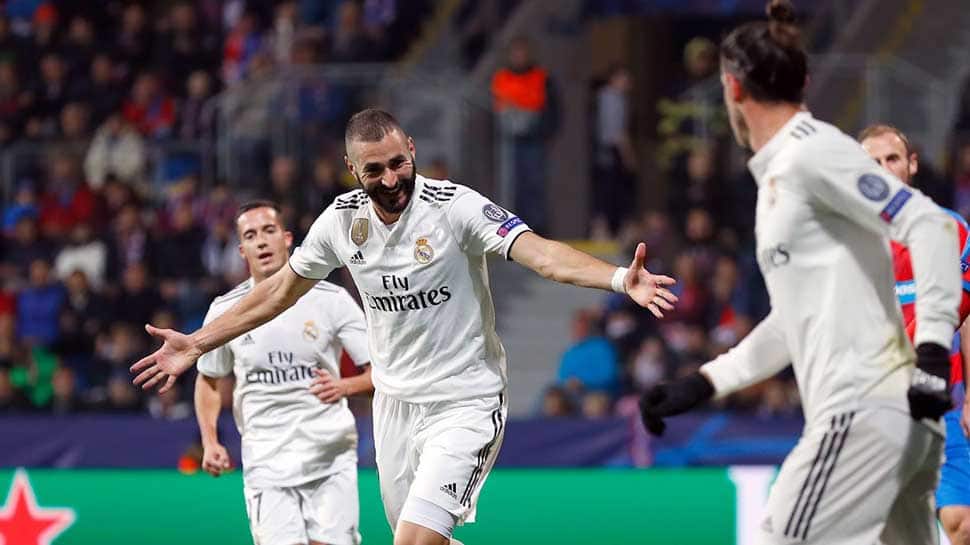 Real Madrid's Karim Benzema scored twice to help the European champions secure a 3-1 victory over Girona, as they progressed to the Copa del Rey semi-finals 7-3 on aggregate.

The French forward, who joined the club in 2009, netted twice in the first-half to take his goalscoring tally to 209 goals in 446 games, moving ahead of Mexican Hugo Sanchez into sixth place on the club's all-time top scorers list.

Girona scored a consolation after the break, but Marcos Llorente sealed an impressive win for the visitors with a quarter of an hour remaining.

Having put up a good fight in last week's first leg, Girona had high hopes of a comeback and started brightly, with Alex Granell hitting the bar as they pushed for a way back into the tie in the opening exchanges.

Benzema then missed a good chance for Real, who grew into game, before the striker netted his first of the night with a sublime left-footed finish from the edge of the box after 27 minutes.

Cristhian Stuani spurned a glorious chance to equalise for the hosts, moments after they fell behind and they were made to pay shortly before halftime as Benzema doubled his tally.

Pedro Porro scored a consolation goal with 20 minutes to go following some neat interplay, but Llorente ended whatever hopes the hosts had of an unlikely comeback five minutes later.

Seeking their first Copa crown since 2014, Real go into the last four alongside holders Barcelona, Valencia and Real Betis.

The draw for the semis will be held on Friday at Betis's Benito Villamarin stadium, where this year's final will be played.

EPL: No safety-first as Southampton eye win at Burnley