Mendy, 24, last played in a 3-1 league win over neighbours Manchester United in November but has missed 16 games after undergoing surgery on his left knee. 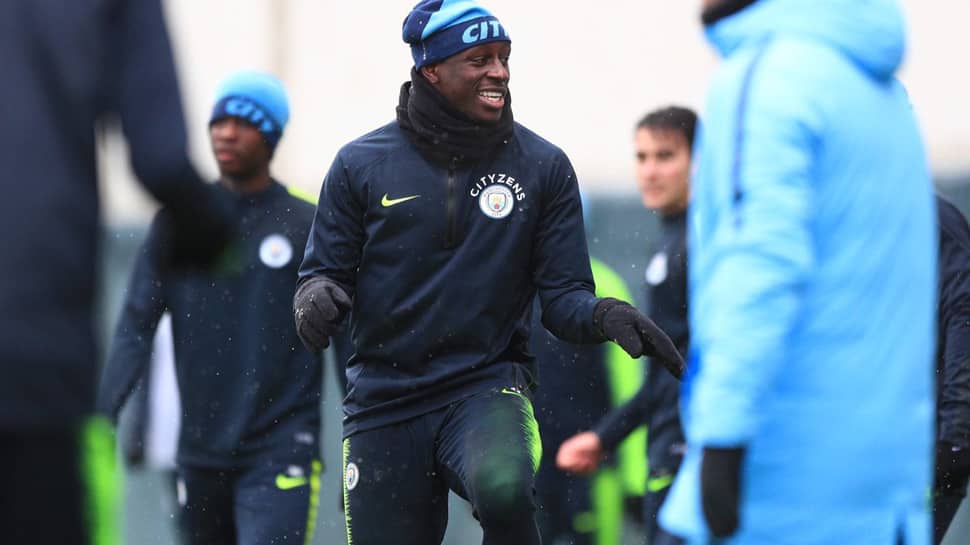 Manchester City full back Benjamin Mendy has recovered from a knee injury and will return to the squad for the second leg of their League Cup semi-final at Burton Albion on Wednesday, manager Pep Guardiola said.

Mendy, 24, last played in a 3-1 league win over neighbours Manchester United in November but has missed 16 games after undergoing surgery on his left knee.

He was expected to return to action in February but the France international stepped up his recovery and Guardiola hoped he would play a role in the "last part of the season".

"(Mendy is) in the squad for tomorrow. He will travel with us. Maybe on the bench," Guardiola told reporters on Tuesday.

Guardiola, however, was unable to confirm a return date for club captain Vincent Kompany, who suffered a muscle injury earlier this month.

"Kompany is not okay. A little injury, he is not fit. He is coming back but I don't know when." Guardiola added of the central defender.

City hold a 9-0 lead over the League One (third-tier) side from the first leg and Guardiola sees the return leg as an opportunity for fringe players to see some action but added that regular midfielder Kevin De Bruyne would play a part.

"(De Bruyne) is going to play. Players who need to play, who haven`t played lately, who are coming back from injury long-term are going to play," the Spaniard said.

Guardiola signed off by saying, "We are going to play Phil (Foden)... a few (academy players), two or three. A few on the bench."