It was the first time Mahrez had scored in open play in his last 28 league appearances. Leicester wrapped up the points in the final moments when Hull midfielder Huddlestone headed into his own net from Wilfred Ndidi`s flick. 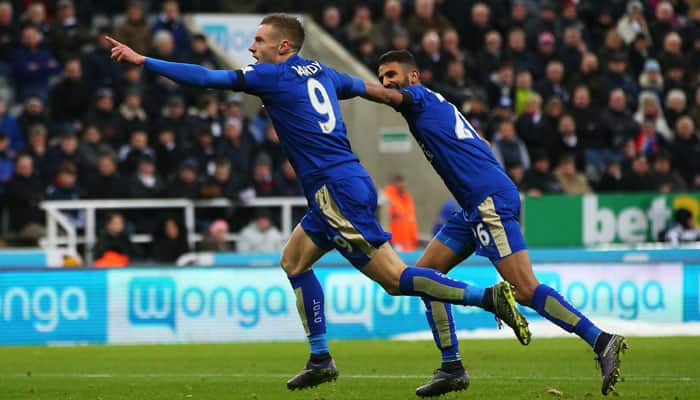 London: It was the 27th week of English Premier League action where Claudio Raneiri-less Foxes grabbed yet another victory after his sacking, against Hull City. Manolo Gabbiadini, on the other hand, inspired his team to a nail-biting 4-3 victory over Watford.

In severe danger of being relegated, they ended a run of five successive league defeats with a 3-1 victory over Liverpool on Monday and followed that with a come-from-behind success against Hull at the King Power Stadium.

Sam Clucas put Hull ahead but Christian Fuchs equalised before half-time and Mahrez struck in the second half.

Tom Huddlestone`s own goal capped an encouraging day for Leicester, who are five points clear of the bottom three and can breathe easier after a turbulent period.

Hull remain second bottom and are four points from safety after their winless run in away league fixtures stretched to 13 games.

Amid reports that former England manager Roy Hodgson has spoken to Leicester`s Thai owners about succeeding Ranieri, interim boss Craig Shakespeare has made it clear he wants the job.

Ranieri`s former assistant has been backed by several of Leicester`s stars and they boosted his job prospects by securing successive league wins for the first time this season.

The hosts should have been ahead early on when Mahrez`s free-kick picked out Wes Morgan, only for the unmarked Leicester defender to head wide.

Leicester`s shoddy finishing could have been costly as Clucas gave Hull a surprise lead in the 14th minute.

Mahrez, a major disappointment this term after being voted player of the year last season, had gone close twice in quick succession before the Algeria winger hit the target in the 59th minute.

Working space on the edge of the penalty area, Mahrez drilled a low shot that eluded a weak attempted save from Hull goalkeeper Eldin Jakupovic at his near post.

It was the first time Mahrez had scored in open play in his last 28 league appearances.

Leicester wrapped up the points in the final moments when Hull midfielder Huddlestone headed into his own net from Wilfred Ndidi`s flick.

Manolo Gabbiadini became the first Southampton player to score in his first three Premier League matches for the club as his goal helped down Watford 4-3 on Saturday.

The Italian took his tally to six goals in four games in all competitions since joining Saints from Napoli in the January transfer window following a seven-goal thriller at Vicarage Road.

A week ago, his brace almost helped Saints produce a major upset against Manchester United in the League Cup final before Zlatan Ibrahimovic gave the Red Devils a late 3-2 victory.

An already thrilling game exploded into life with four goals in the final 10 minutes -- including Gabbiadini`s historic strike.

Southampton appeared to be suffering from a League Cup hangover as they conceded after just four minutes.

Deeney played a one-two with Italian Okaka before volleying past goalkeeper Fraser Forster from close range.

It was Deeney`s 105th goal for Watford, taking him up to joint fourth in the club`s all-time scorers list.

Saints were dominating possession and duly equalised just before the half-hour mark as Tadic drilled home from 18 yards following a poor clearance from the home team.

Gabbiadini was twice thwarted by Watford goalkeeper Heurelho Gomes but Southampton still went into the break leading after Redmond started and finished a flowing move in time added on at the end of the first half.

Yet just four minutes later Gabbiadini punished Watford after Okaka had missed the chance to give the hosts the lead. Gomes was at fault as he spilled a shot from Sofiane Boufal into Gabbiadini`s path.

Two minute slater, Redmond sealed the win as he punished a tired defence with an individual goal.

Yet, there was still time for a final goal deep into injury time as Doucoure tapped home M`Baye Niang`s cross from close range.

I-League Report: Churchill Brothers stun Mohun Bagan 2-1 in the 12th round of the tournament