EPL: Watford come from behind to win 2-1 against Crystal Palace

Palace survived two shots against the same post in the third minute and went ahead seven minutes before halftime with a Craig Cathcart own goal in a goalmouth melee following a corner. 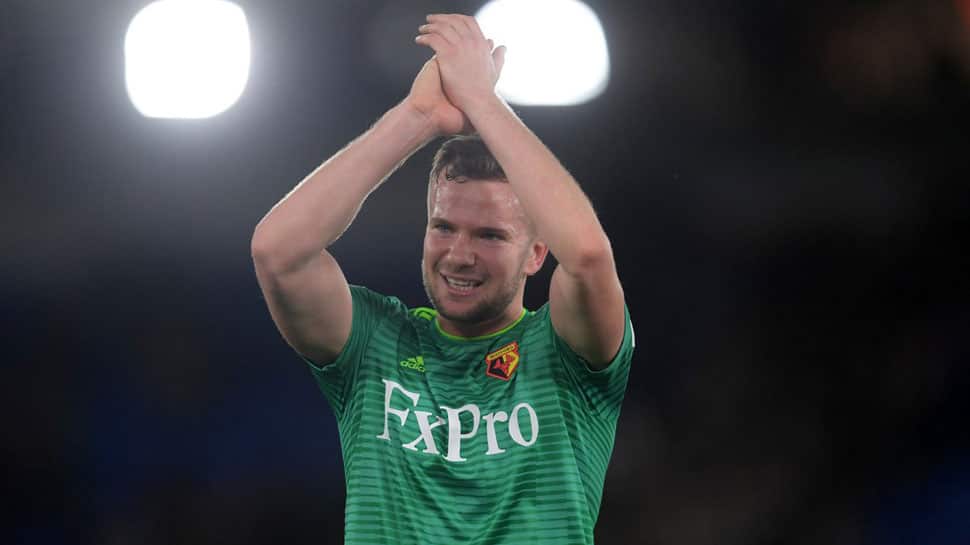 Watford substitute Tom Cleverley volleyed a brilliant 74th-minute winner as they came from behind to beat Crystal Palace 2-1 in the Premier League on Saturday.

Palace survived two shots against the same post in the third minute and went ahead seven minutes before halftime with a Craig Cathcart own goal in a goalmouth melee following a corner.

Defender Cathcart equalised in the 67th minute when he beat his marker James Tomkins to the ball at a corner and headed past substitute goalkeeper Wayne Hennessey at the far post with Watford’s first effort on target.

Watford moved up to seventh on 32 points while Palace are 14th on 22, four points above the relegation zone.

Watford could have gone ahead after three minutes when Gerard Deulofeu hit the far post with a low shot from the right that beat Vicente Guaita’s dive and Roberto Pereyra hit the same upright with a follow-up shot from the left.

Palace were left to rue poor finishing when James McArthur failed to turn in Wilfried Zaha’s cross from the left when he was almost on the line in the 70th minute.

Goal-line technology was needed for the opener to be given, with the ball having gone in off Cathcart’s thigh, handing Palace a lead that had manager Roy Hodgson believing another victory was on the way.

"Tough to lose any game especially at home," Hodgson said. "I was hoping we could get that elusive third straight victory.

"We started the second half brightly. The game evened out and while the game was still in the balance Tom Cleverley scored that wonderful volley."

Zaha should have doubled Palace`s advantage just after halftime but saw his effort saved and that proved costly as Watford turned the match on its head.

Cathcart’s header made amends for his own goal before Cleverley’s first Premier League strike since October 2017 earned Watford the points.

"After conceding the first goal it was more difficult but we knew this team were conceding more goals in this period and it was our moment," Watford manager Javi Gracia said.

"We created enough chances to win the game."