Backed by an estimated 10,000 of their fans inside Southampton`s St Mary`s Stadium, Kosovo gave England a real fright. 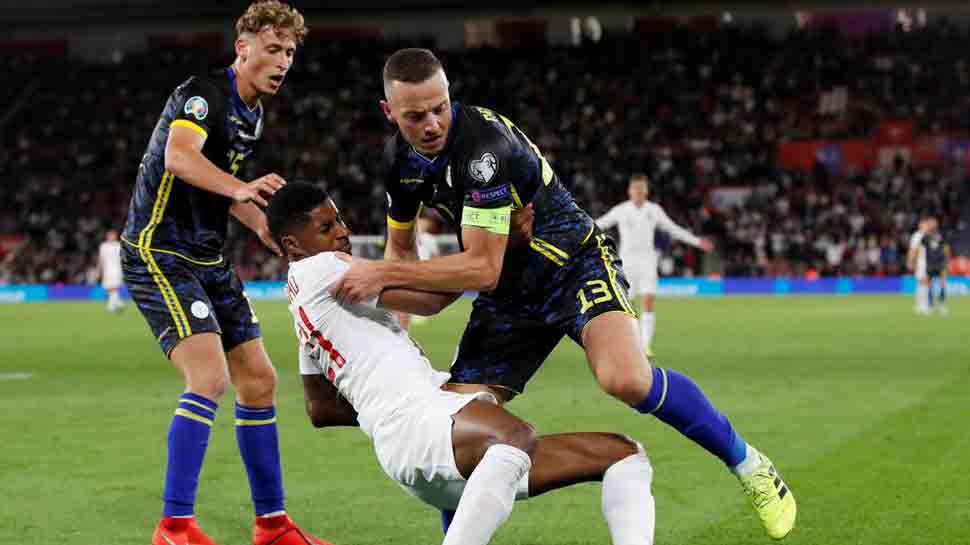 Kosovo arrived like a breath of fresh sea air on England`s south coast on Tuesday and while they were eventually swamped in a 5-3 defeat, the manner of their performance will have many hoping they qualify for the Euro 2020 finals.

Backed by an estimated 10,000 of their fans inside Southampton`s St Mary`s Stadium, Kosovo gave England a real fright. They took the lead after 35 seconds and after shipping five first-half goals, recovered to win the second half 2-0.

They were applauded off at the end, England`s fans also appreciating a courageous display of attacking football from Swiss coach Bernard Challandes`s youthful side, many of whom were either born abroad or fled Kosovo as a child during a bloody war with Serbia from 1998-99.

Kosovo, only given official soccer status in 2016 by world governing body FIFA and whose attempt to qualify for the World Cup was a dismal failure, are still ranked 120th but are destined to go much higher.

Some might suggest their performance was a touch naive, electing to go toe-to-toe with a rampant England side who had scored 14 goals in three Group A games against Czech Republic, Montenegro and Bulgaria.

But Challandes said he would have it no other way -- not wanting to stifle the natural attacking instincts that had taken them to second in the group ahead of kick off.

When Valon Berisha scored their opening goal inside a minute, Kosovo`s fans were in dreamland, and they were still roaring their team forward at the end after a gutsy second-half display that caused jitters in the home defence.

"In the second half we really showed our true face of Kosovo," Lazio`s Berisha, who was born in Oslo to Kosovo-Albanian parents and played 20 times for Norway before switching allegiance to Kosovo in 2016, said.

"We proved to everybody we`re a good team. We`re a unit and we work for each other. We want everybody to know Kosovo -- it`s a small country but with a lot of heart, a lot of young talent."

Challandes took charge in 2018 and his side were on a 15-match unbeaten run before running into a Raheem Sterling-inspired England. With the Czechs winning 3-0 against Montenegro they slipped to third in the table, outside the qualification spots but the coach said they will stick to their philosophy.

"It`s about playing and taking risks against a very good opponent," he said. "We could stay behind the ball and not play football or look for double pass or short pass, and in the end it could still be 4-0 or 5-0.

Kosovo still have to host Montenegro and England and travel to the Czech Republic -- a match that could be key to their hopes, although even if they miss out in Group A they could still qualify via the Nations League playoffs.