Facebook began venturing into sports streaming in 2017 by broadcasting weekly Major League Baseball games and counts India as its largest market by users. 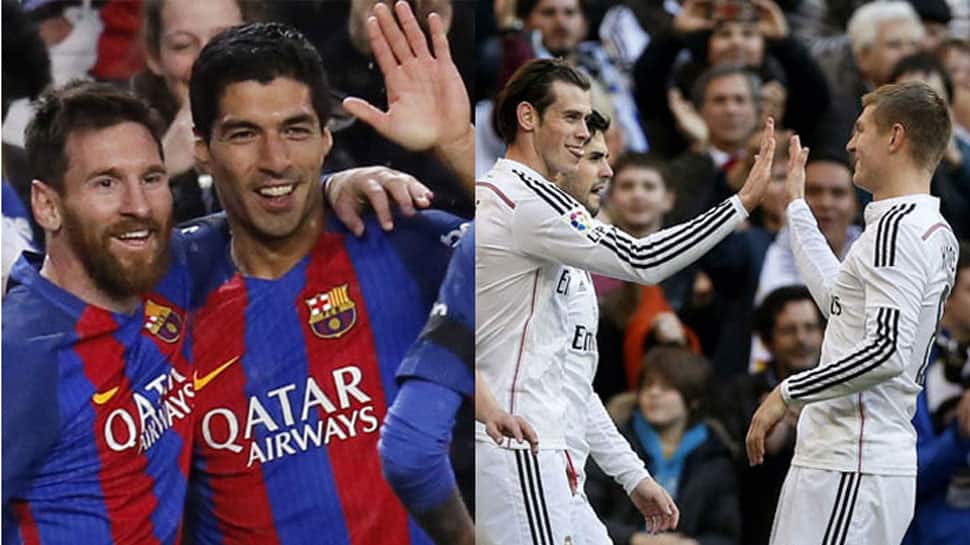 Fans in India will be able to watch Sunday`s El Clasico between Real Madrid and Barcelona live and free on Facebook Watch, the social media giant`s streaming platform, La Liga has said.

Spain`s top flight signed a landmark deal with Facebook last August which will allow viewers in the Indian sub-continent to watch every game over the next three seasons for free on the social network, although not all matches are streamed live.

Facebook began venturing into sports streaming in 2017 by broadcasting weekly Major League Baseball games and counts India as its largest market by users.

"As home to the two most-followed sports clubs on Facebook and some of the world`s most iconic footballers, La Liga has a huge global presence on our platform," Peter Hutton, Facebook`s head of global live sports programming, told Reuters.

"Its popularity is notably visible in the Indian subcontinent, so we`re delighted to be able to serve the community of fans there with free, live La Liga matches for the next three seasons.

"We see this as a great opportunity to not only bring people together around world-class football, but also help La Liga reach new audiences and grow its visibility in a key development market."

Through the Facebook Watch partnership, La Liga has been able to reach a new and younger audience in a country of 1.3 billion people with 82 percent of viewers so far under the age of 35.

Earlier in 2018, Amazon won rights to show 20 English Premier League matches a season from 2019 in Britain showing the growing influence of online broadcasters in sport.

The deal with Facebook is the latest and most significant step in La Liga`s expansion strategy in India, which began with the opening of an office in New Delhi in September 2016.

The league has seen steady growth in the world`s second most populous country and its Facebook page has risen from 300,000 to more than 3.5 million followers since September 2016.

"El Clasico is the biggest rivalry not only in La Liga, but the world, with an aggressive competitiveness between the clubs and of course adding to that luminous history," Jose Antonio Cachaza, managing director, La Liga India said.

"It is the perfect opportunity for fans in India to experience watching the best of football live and free on Facebook Watch, with enhanced ease and convenience.

"This fixture will be available solely on Facebook Watch for the first time and we hope a maximum number of fans across the nation are able to watch this high-profile clash between two giants of the sport."