Minerva are going through a lacklustre season and are currently placed seventh on the points table with 14 points from as many games. 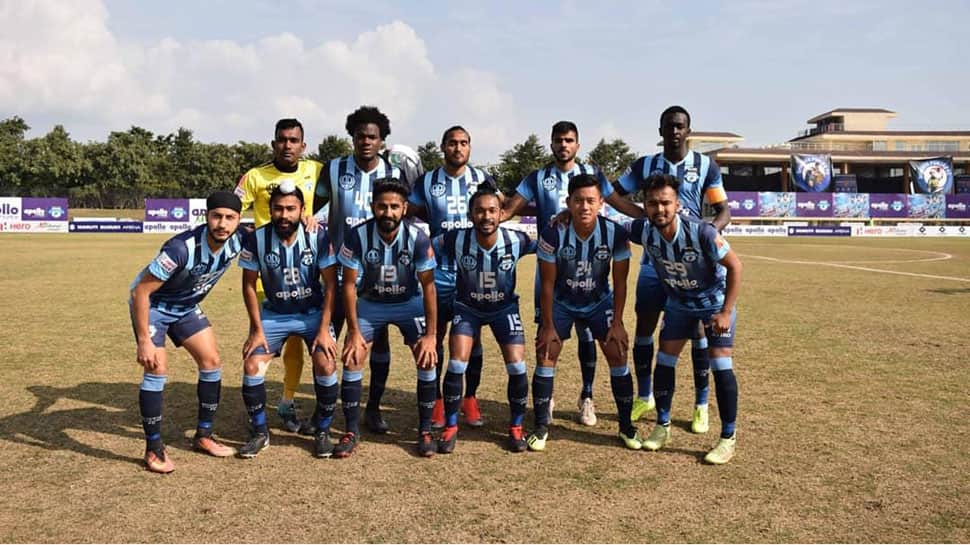 Out of title contention, defending champions Minerva Punjab will like to put their best foot forward against Aizawl FC in an I-League encounter on Friday.

Minerva are going through a lacklustre season and are currently placed seventh on the points table with 14 points from as many games.

Their Friday opponents are languishing in the relegation zone, lying in 10th place with 11 points from 14 games.

The homeside's main concern has been scoring goals, with two of the meagre seven that they have scored so far coming in the first leg win against their Friday visitors two-and-a-half months back.

Northern-Irish coach Paul Munster has experimented with as many as six strikers in the course of the league but none of them have yielded the desired results as they look forward to an AFC Champions League campaign.

Speaking at the media conference on match day eve, Munster said: "The mood has been very good since we have been bringing in the new players. It also increases the level of the players as seen in training.

"Just seeing the quality of the pitch and knowing what we have to do to master and can be better, it shows the positivity. Now that we have got new attacking players, so there will be some changes in the team. Our team confidence levels have increased."

Those new players refer to the likes of Spaniard Juan Quero and Syrian Mahmoud Al Amna and it remains to be seen if and how they are utilised in the game.

Scoring has not been Aizawl's main problem however and two of their strikers, Liberian Ansumanah Kromah and Mapuia, have been among the league's top scorers with four goals apiece.

New coach Stanley Rosario's main concern will be to get their defensive act going and to all-in-all build a more compact formation.

His views in the pre-game presser were:"We are looking forward in a positive way for tomorrow's match. Of course, they are the champions of last season but this year even they have been struggling like us. It is a big match and is going to be an interesting match. We have come here with a positive mindset to take away the three points."

The visitors have picked up two points in their last three games and will be looking for a much needed win against a misfiring Minerva as they battle to stave off prospects of relegation. It will be a battle of equals at the Tau Devi Lal and the one who dares will win.

NEROCA F.C up against Indian Arrows in must-win I-League game