Wreckage was found on Sunday following a privately-funded underwater search and a body was recovered on Wednesday and taken to southern England. 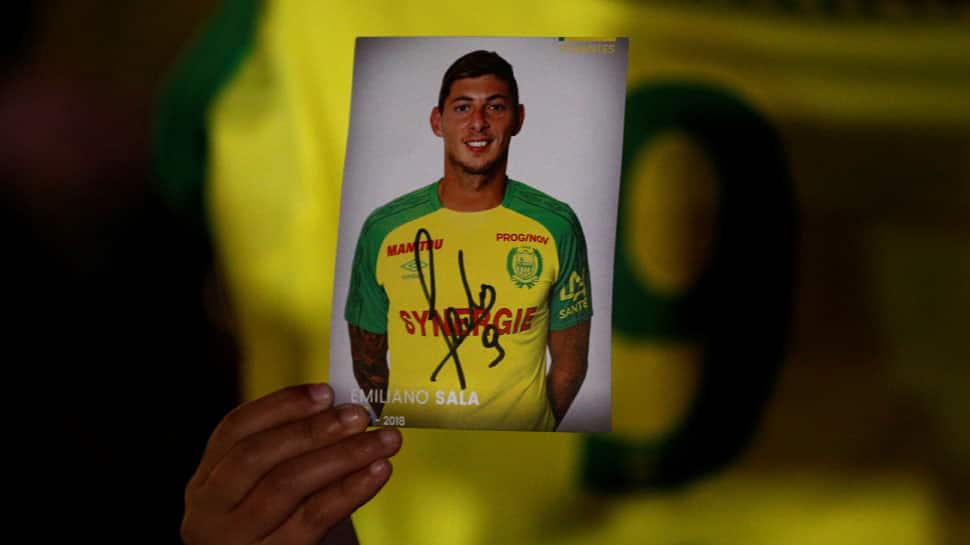 All Ligue 1 and 2 games this weekend will hold a minute`s applause before kickoff in memory of former Nantes player Emiliano Sala, whose body has been retrieved from the wreckage of a crashed plane in the English Channel, the French League said on Friday.

Argentine footballer Sala, 28, had been flying from Nantes in western France to Wales on January 21 after signing for Premier League team Cardiff City when the single-engine Piper Malibu aircraft disappeared over the sea.

Wreckage was found on Sunday following a privately-funded underwater search and a body was recovered on Wednesday and taken to southern England.

"Tonight and during the whole weekend, we will all be united in paying a last tribute to Emiliano before the matches kick off," LFP President Nathalie Boy de la Tour said in an official statement.

Meanwhile, his former club Nantes said, in a statement, that Sala would "forever be part of the legends who wrote the story of FC Nantes".

"I can`t find the words. It`s a tragedy, I`m devastated. This is why, like may fans, I wish to honour him again by taking out the number 9 (on Nantes shirts)," president Waldemar Kita added.