I'm over the moon: Tammy Abraham after scoring goals for Chelsea

Chelsea and Norwich played out a five-goal thriller in which the former was able to come out triumphant. 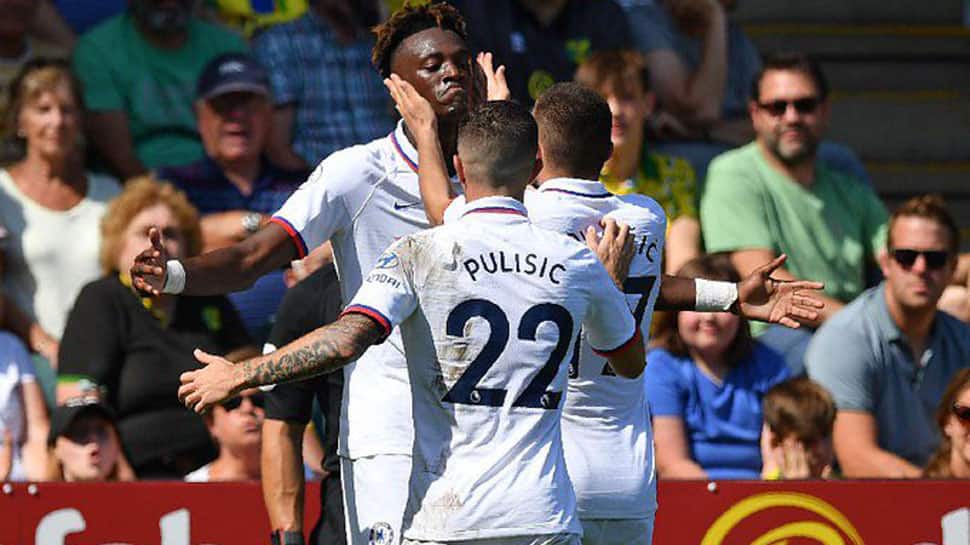 After registering two goals against Norwich City in the ongoing Premier League, Chelsea striker Tammy Abraham has said that he was over the moon after scoring his first two goals for the club. This effort by Abraham helped Chelsea defeat Norwich 3-2.

"I was over the moon, it is something I always dreamed about as a young kid going to Stamford Bridge. I did not really know how to celebrate, I just ran over to the manager to thank him and the staff," Chelsea`s official website quoted Abraham as saying.

"I know I have had a bit of a sticky time at the start of the season, but I am someone who does not let that affect me. It drives me on. Now I have scored two good goals and hopefully I can keep scoring for Chelsea," he added.

Abraham also thanked coach Frank Lampard for constant support. He credited the coach for the confidence he has shown towards each individual player.

"It is always nice to have that support behind you, especially how he (Lampard) supports the young lads. He gives us confidence. When a coach believes in you, you just want to do your best and give 100 per cent. I have always believed in myself,` Abraham said.

Chelsea and Norwich played out a five-goal thriller in which the former was able to come out triumphant.

The Blues were defeated by Manchester United 0-4 in their first match. Chelsea drew their next match 1-1 against Leicester City.The team will next take on Sheffield United on August 31.