Kenya played an attacking brand of football to register a come-from-behind victory as they outclassed a superior New Zealand 2-1 in an Inter-Continental Cup match, here tonight. 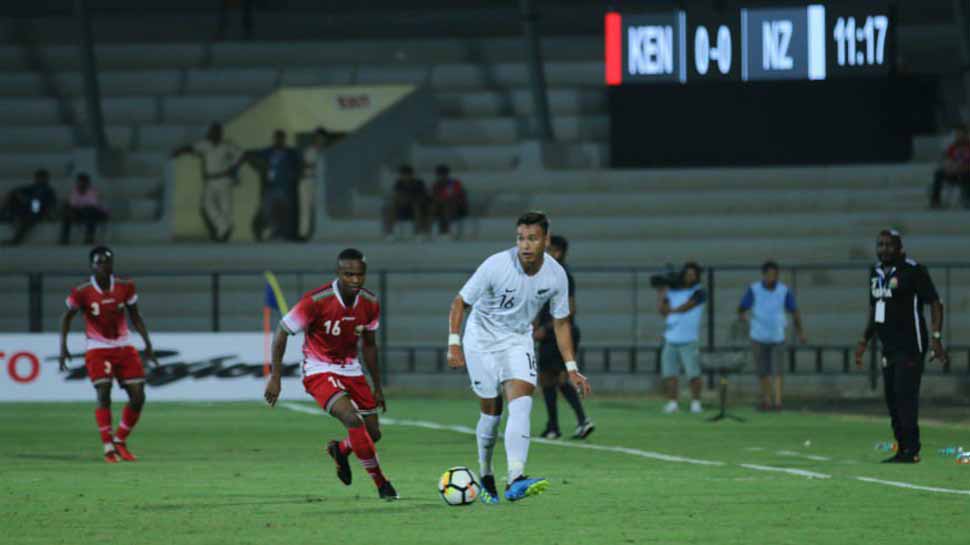 Mumbai: Kenya played an attacking brand of football to register a come-from-behind victory as they outclassed a superior New Zealand 2-1 in an Inter-Continental Cup match, here tonight.

While Sarpreet Singh (42nd minute) put the 'All Whites' into lead, Miheso Cliffton (45 + 1 minutes) equalised for the African nation. In the second half, Ovella Ochieng (68th minute) scored the winner at the Mumbai Football Areana.

While New Zealand used 4-4-2 formation, Kenya had an extra man in the attacking third.

Sarpreet broke the deadlock in the 42nd minute with a curling left-footer, which dipped into the far right-corner.

But, Kenya came back strongly in the additional time of the first half, as Cliffton's swerving free-kick restored parity.

Kenya had earned the free-kick after Kiwi mid-fielder Matthew Rindenton had brought down John Makwata.

In the 68th minute, Patilah Omoto snatched a ball from the opposition player and kept a defence splitting through pass for Ochieng, who slotted it home to give his team the decisive lead. New Zealand tried hard for an equaliser but it was of no avail.

Kenya now take on hosts India on Monday, where all eyes will be on India skipper Sunil Chhetri, who will appear in his 100th international game.