Bilbao had a golden opportunity to snatch victory with a stoppage-time penalty, awarded after video review for a handball. But Aritz Aduriz saw his spot-kick saved by keeper Manolo Reina. 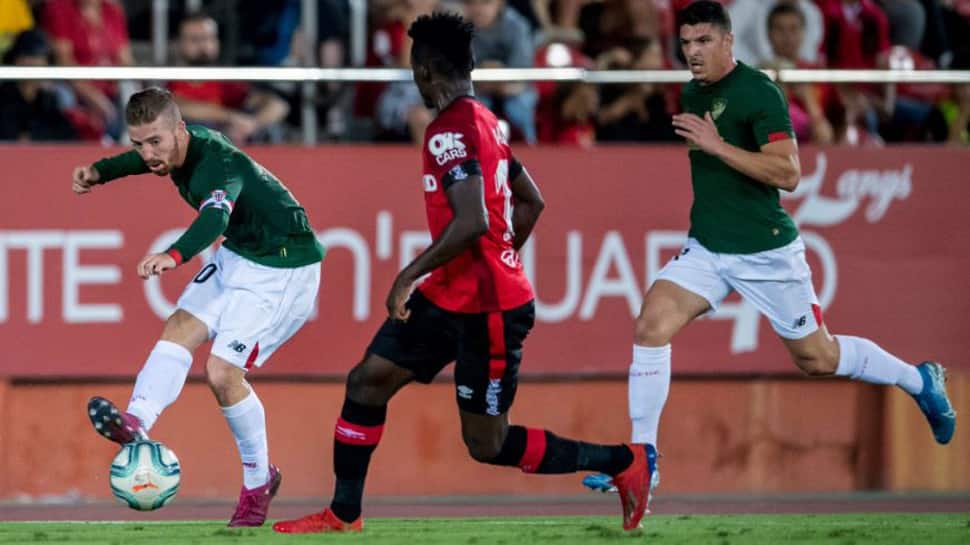 Athletic Bilbao and hosts Real Mallorca both missed late penalties and ended up sharing the points with a goalless draw on Friday, leaving the visitors in second place in La Liga, a point behind leaders Atletico Madrid.

Bilbao had a golden opportunity to snatch victory with a stoppage-time penalty, awarded after video review for a handball. But Aritz Aduriz saw his spot-kick saved by keeper Manolo Reina.

Mallorca, who had lost their previous three league encounters against Bilbao, were the livelier team and could have also scored earlier.

They hit the post with a Salva Sevilla shot in the 76th and then missed their biggest chance when Abdon fired his penalty wide in the 81st.

Mallorca have now failed to score in their last three league games.

Athletic, who also hit the crossbar in stoppage time, are on eight points from four matches. Atletico Madrid, top on nine from three games, travel to Real Sociedad on Saturday.

Real Madrid, on five, entertain Levante while Barcelona, a point behind, host Valencia.