Leeds United fined and reprimanded by EFL over 'spygate' affair

Leeds' manager Bielsa, admitted that his staff had watched all the club's opponents in training this season after a spy was removed from Derby's training ground the day before their clash. 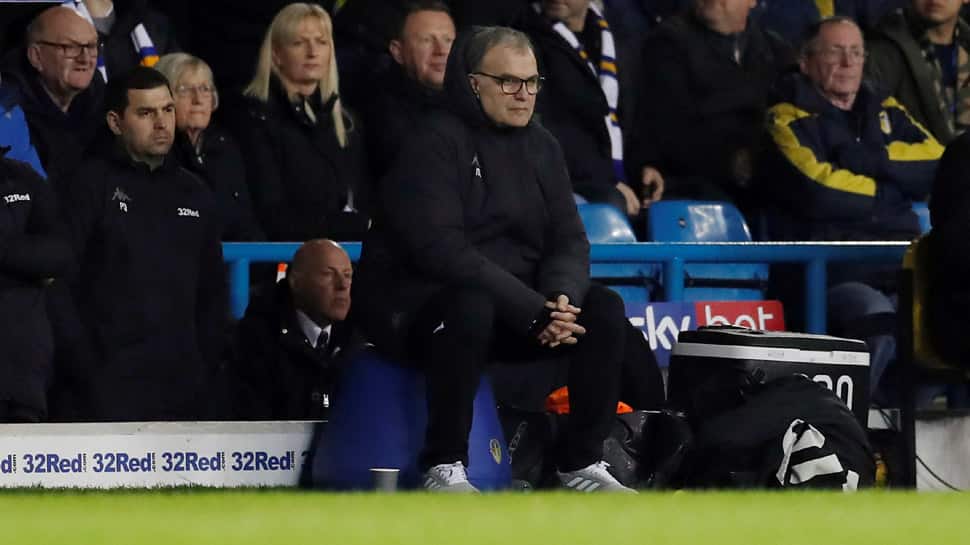 Championship club Leeds United have been fined 200,000 pounds ($258,480.00) and reprimanded over a 'spying' controversy earlier this month, the English Football League (EFL) said.

Leeds' Argetnine manager Marcelo Bielsa, admitted last month that his staff had watched all the club's opponents in training this season after a spy was removed from Derby County's training ground the day before their second-tier clash.

Following Derby's 0-2 defeat at Elland Road, the EFL launched a formal investigation into the incident which Derby coach Frank Lampard described as 'unethical.'

"The club has been fined 200,000 pounds (inclusive of a contribution to costs) and received a formal reprimand and warning to the effect that the Club's conduct fell significantly short of the standards expected by the EFL and must not be repeated," the EFL said in a statement.

"In addition, Leeds United has agreed to support a new EFL Regulation that make it clear that Clubs will be expressly prohibited from viewing opposition training in the 72 hours immediately prior to a fixture, unless invited to do so," it added.

Leeds, who in their heyday were three-time champions of the English top flight as well as winners of the FA Cup and League Cup, have since apologised to Derby and reminded Bielsa of the Yorkshire club's principles of  'integrity and honesty.'

"We accept that whilst we have not broken any specific rule, we have fallen short of the standard expected by the EFL with regards to regulation 3.4. We apologise for acting in a way that has been judged culturally unacceptable in the English game," the club said in Monday's EFL statement.