Financial details of the deal were not disclosed but British media reported the transfer fee was in the region of 80 million pounds ($97.30 million), making Maguire the most expensive defender in the world. 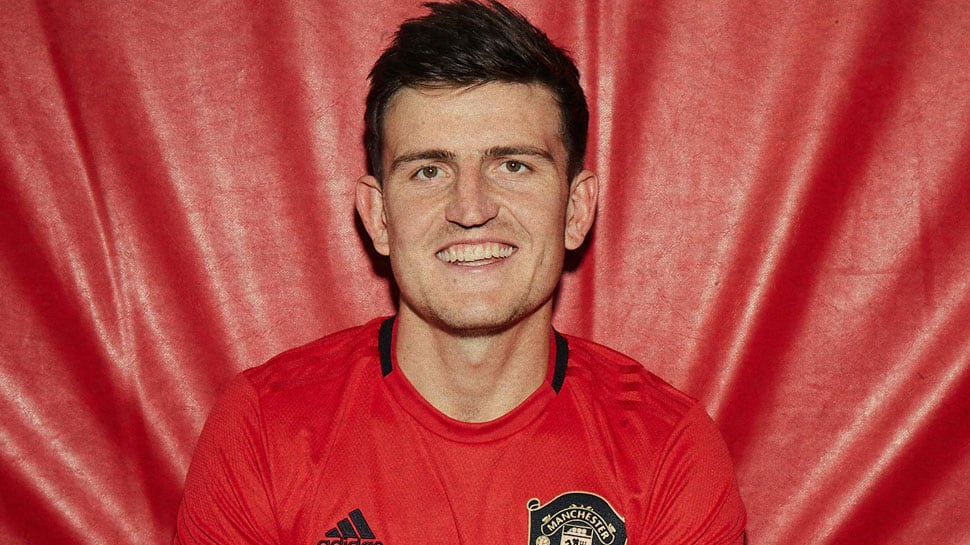 Financial details of the deal were not disclosed but British media reported the transfer fee was in the region of 80 million pounds ($97.30 million), making Maguire the most expensive defender in the world.

"Manchester United is delighted to confirm the signing of Harry Maguire from Leicester City. Harry signs on a six-year contract, with the option to extend for a further year," United said in a statement on their website.

The 26-year-old becomes the Old Trafford club`s second most expensive recruit after French midfielder Paul Pogba, who was signed for a then world-record 89 million pounds from Juventus in 2016.

United boss Ole Gunnar Solskjaer described Maguire as "one of the best centre backs in the game today."

"He is a great reader of the game and has a strong presence on the pitch, with the ability to remain calm under pressure -- coupled with his composure on the ball and a huge presence in both boxes," the Norwegian said.

"I can see he will fit well into this group both on and off the pitch... he has a great personality and is a fantastic addition to the club."

Maguire, who helped England reach the 2018 World Cup semi-finals, had signed a contract extension to 2023 with Leicester last year and played 31 times in the league last season, scoring three goals.

"I am delighted to have signed for this great club. I have thoroughly enjoyed my time at Leicester and would like to thank everyone at the club, and the fans, for their fantastic support over the past two seasons," Maguire said.

"However, when Manchester United come knocking... it is an incredible opportunity."

"From my conversations with the manager, I am excited about the vision and plans he has for the team. It`s clear to see that Ole is building a team to win trophies. I am now looking forward to meeting my new team mates and getting the season started."