China, who now play either Iran or Oman in the quarterfinals of the tournament, were pushed all the way by their spirited opponents. 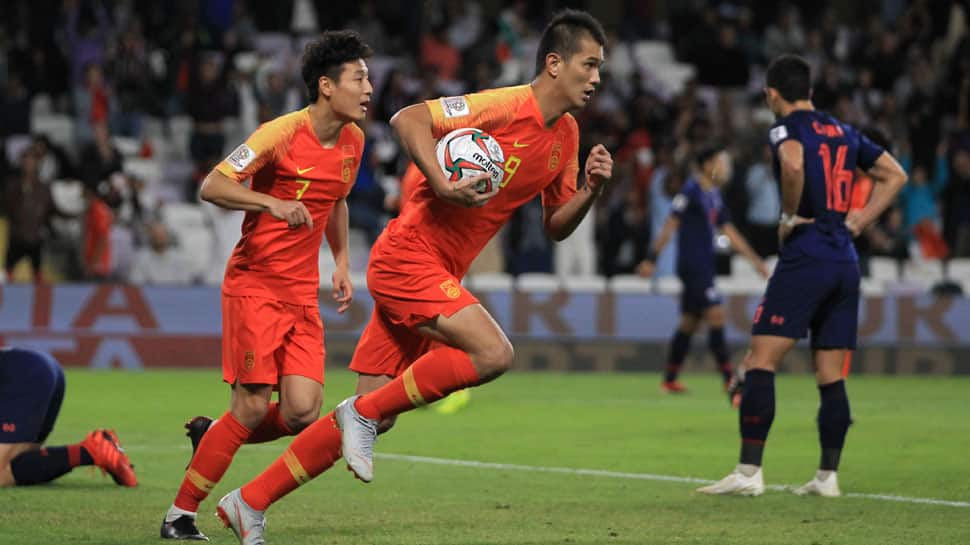 Marcello Lippi masterminded a second-half comeback to ensure China advanced to the last eight of the Asian Cup on Sunday with a 2-1 win over Thailand.

"We didn`t play very well in the first half because we made mistakes, but I`m very happy with the reaction of my players in the second half," said Lippi. "We were able to create many chances to score and we could have scored more."

China, who now play either Iran or Oman, were pushed all the way by their spirited opponents.

The Thais fired a warning in the 27th minute when Teerasil Dangda`s deft header gave Supachai just enough space to fire off an attempt at goal only for the ball to go wide off Yan Junling`s left upright.

There was no let-off four minutes later as poor defending allowed the Thais to take the lead. Theerathon Bunmathan`s corner was only cleared as far as Thitiphan Puangchan and his miss-hit shot ended at the feet of Supachai who turned and slotted home.

China offered little in the first 45 minutes and Supachai put them on the back foot again five minutes after the opener, only to drag his long-distance shot wide.

The second half, though, saw China emerge in more determined fashion, with Wu Lei and Yu Dabao going close before Xiao`s introduction for Yu in the 64th minute swung the game.

Xiao levelled just three minutes later when he scored on the rebound after Siwarak Tedsungnoen had saved his downward header and, after a further four minutes, China were in front.

Gao Lin had his heels clipped in the area by Tanaboon Kesarat as he ventured toward goal and the Guangzhou Evergrande forward picked himself up off the turf to fire the spot-kick into the top corner.