The Spaniard, who joined United in 2014 from Athletic Bilbao, announced his departure in an emotional farewell video on the club`s Twitter account. 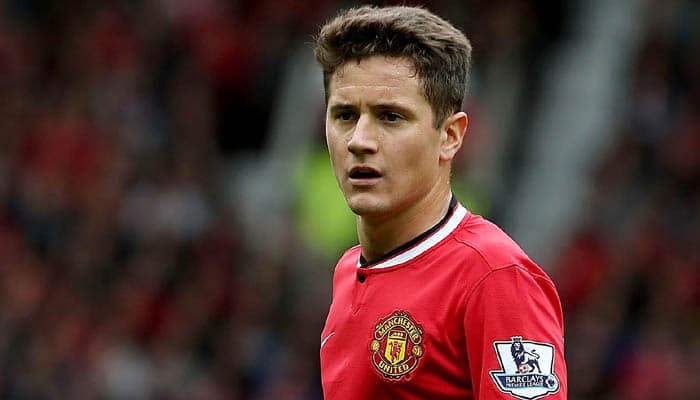 Manchester United midfielder Ander Herrera has confirmed he will leave the club at the end of the Premier League season when his contract expires, the 29-year-old said on Saturday.

The Spaniard, who joined United in 2014 from Athletic Bilbao, announced his departure in an emotional farewell video on the club`s Twitter account.

British media have linked Herrera with a move to French side Paris St Germain, but the tenacious midfielder chose not to disclose his next destination.

"There is red in my heart, I knew it from the first time I played here and in the moment that I started to wear it," Herrera, United`s player of the year in 2017, said.

"A club with thousands of fans who respect and remember all the players who give everything. I felt special when I heard my name chanted. I felt proud when the fans decided I was part of this incredible history.

"Every time I represented this club, in every game, in wins and losses, even when I couldn`t help from the grass, I understood what this club means."

Herrera made 189 appearances for United in all competitions and scored 20 goals. He won the FA Cup, League Cup and the Europa League in his time at the club.

"I am going to remember each of the almost 200 matches that I have played with this jersey. Because playing for the greatest club in England, has been a true honour," he added.

"Thanks for these five amazing years."

Manager Ole Gunnar Solskjaer had said in his pre-match news conference that Herrera could feature against relegated Cardiff City in the final game of the season on Sunday.