Dembele scored five minutes from time after Bordeaux`s Vukasin Jovanovic was sent off for abusing a linesman in the 73rd, to put OL on 62 points from 34 games, with fourth-placed St Etienne six points behind before hosting Toulouse on Sunday. 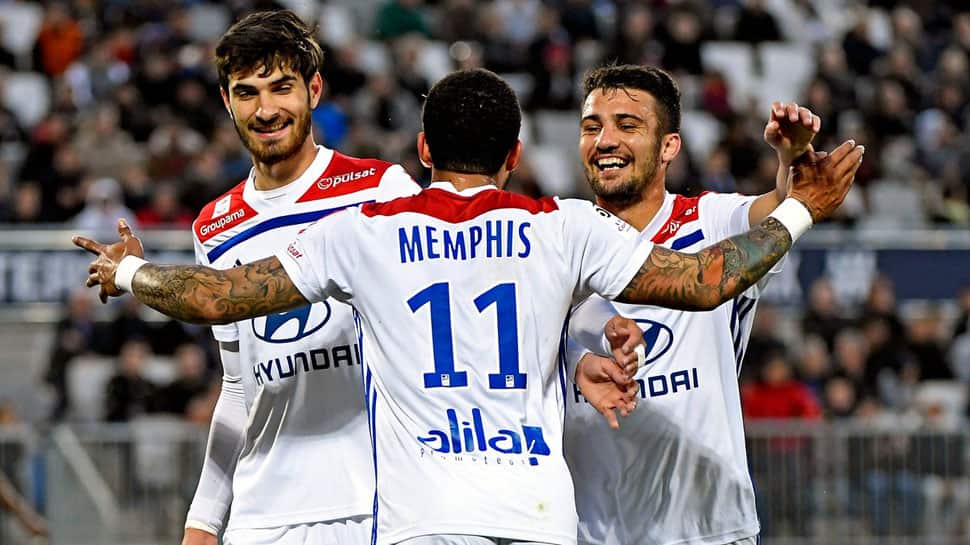 Dembele scored five minutes from time after Bordeaux`s Vukasin Jovanovic was sent off for abusing a linesman in the 73rd, to put OL on 62 points from 34 games, with fourth-placed St Etienne six points behind before hosting Toulouse on Sunday.

The top three qualify for the Champions League with the third-placed team having to play in the third qualifying round to enter the group stage of Europe`s elite club competition.

Bordeaux were ahead at halftime through Jimmy Briand and Nicolas de Preville after Memphis Depay`s opener for Lyon, but Maxwell Cornet levelled for the visitors who grabbed the winner through Dembele after the hosts were reduced to 10 men.

Netherlands striker Depay had tapped home from Cornet`s cross in the 14th minute, rewarding Lyon for their early domination.

However, they failed to add a second and Bordeaux showed more efficiency with Briand equalising with a volley in the 33rd.

Five minutes later, De Preville put the hosts ahead with an angled shot after escaping Kenny Tete and Tanguy Ndombele.

Bordeaux were punished for some poor defending in the 68th when Nabil Fekir dispossessed Jules Kounde before setting up Cornet for a close-range shot that put OL level.

Serbian Jovanovic was then sent off following a foul-mouthed rant aimed at a linesman and Lyon pressed harder, with Dembele firing into the top corner with a powerful half-volley for the winner 17 minutes after coming on for Martin Terrier.

Earlier on Friday, Ligue 2 leaders Metz were promoted to the top flight thanks to a 2-1 win at Red Star.