The 45-year-old, captain of Italy's World Cup winning side in 2006, wants his squad to accelerate in their development but also stressed that there was no quick fix on the horizon. 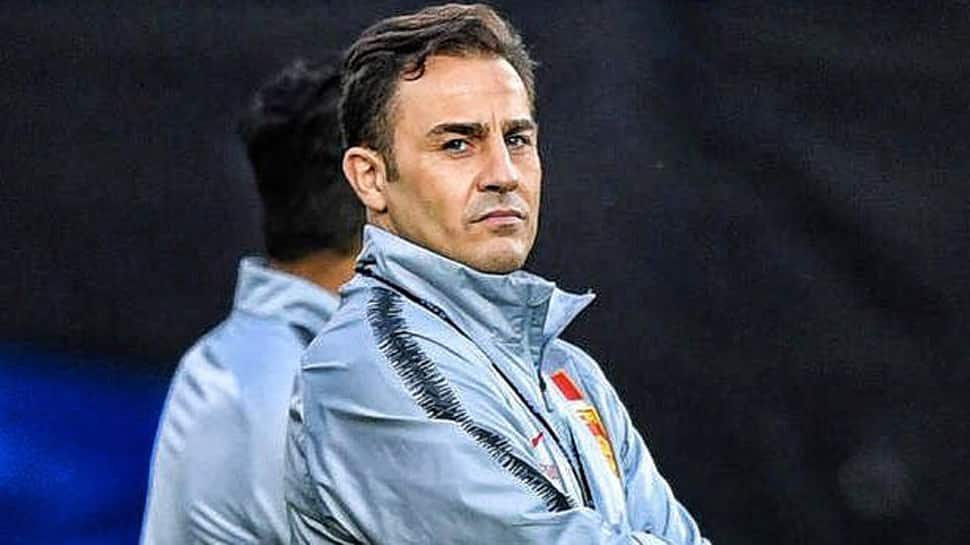 China coach Fabio Cannavaro has called for a long-term approach and time to build a fresh identity, after tasting defeat in his first game in charge against Thailand in the China Cup in Nanning on Thursday.

Cannavaro, who was put in charge for the four-team tournament following Marcello Lippi's departure after January's Asian Cup, failed to inspire his side as Chanathip Songkrasin's 33rd minute earned Thailand a narrow victory.

The 45-year-old, captain of Italy's World Cup winning side in 2006, wants his squad to accelerate in their development but also stressed there was no quick fix on the horizon.

"No magic can be made in just five days, at least I cannot do that," Cannavaro, who also serves as coach of Chinese Super League side Guangzhou Evergrande, told reporters.

Since President Xi Jinping said he hoped the nation would host the World Cup and one day win it, hundreds of millions of dollars have been invested into the Chinese game.

The result on the face of it is not a huge amount of progress, still no qualification for the World Cup and a quarter-final exit at the Asian Cup for the second tournament in a row.

"China now has the financial power to bring the best coach to manage its team, but it cannot bring any improvement overnight. You need to set up a system and develop soccer in the long run," Cannavaro added.

"China cannot improve with only good tactics, I found that problem during this year's Asian Cup. And what I saw today confirmed my judgement," he added.

For Chinese supporters, the result was a retrograde step not only because of the 43 spots between the teams in the FIFA rankings but also because China beat the Thais 2-1 in the round of 16 at the Asian Cup in January.

Video posted on social media showed a large crowd of fans abusing the Chinese players as they left the ground and chanting that the national team should be dissolved.

Earlier this week, Cannavaro said he was unsure about his future with the team and will hold further talks with the Chinese Football Association after the tournament.

China will next face Uruguay or Uzbekistan in a third-place playoff on Monday.