The defeat extended Marseille`s winless run to seven matches in all competitions. 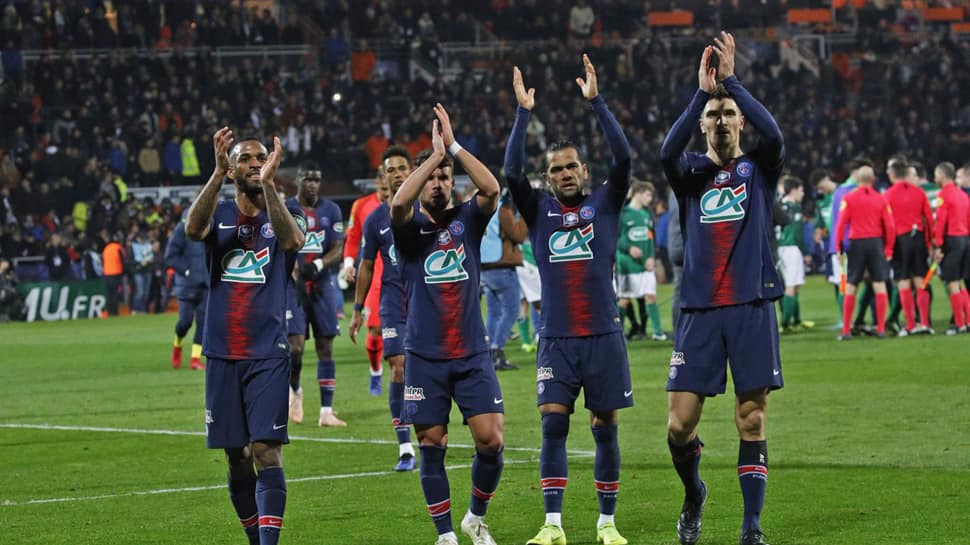 Paris St Germain reached the last-32 of the French Cup with a 4-0 rout of fourth tier Pontivy on Sunday but other big clubs had their hopes dashed by lower league opponents on a weekend of shocks.

Champions PSG, bidding to win the competition for the fifth year in a row, went ahead against Pontivy with a first-half own goal and Brazilian forward Neymar made it two 20 minutes from time.

Kylian Mbappe added the third from the penalty spot before Julian Draxler completed the scoring.

The biggest shock came when Olympique de Marseille were knocked out 2-0 by fourth division amateur side Andrezieux.

Their ground was so small that they moved the game to nearby St Etienne but even without home advantage Andrezieux were too good for Marseille and won with a goal in each half.

The defeat extended Marseille`s winless run to seven matches in all competitions and they were not the only Ligue 1 side who failed to advance.

Montpellier, fourth in Ligue 1, conceded a goal in stoppage time to lose 1-0 at third-tier Entente SSG.

Angers also lost to an amateur side, beaten 1-0 by Viry-Chatillon, while Nimes Olympique were hammered 3-0 by Lyon Duchere.

Among the Ligue 1 clubs who did reach the next round were Olympique Lyonnais, who beat lower league Bourges 2-0, and Stade de Reims, who overcame Lens by the same scoreline.