Quagliarella, 36, was unlucky to face Kalidou Koulibaly, arguably the toughest defender in Serie A this season, and did not get much of a look-in as he remained level with Gabriel Batitusta, the only other player to score in 11 successive games. 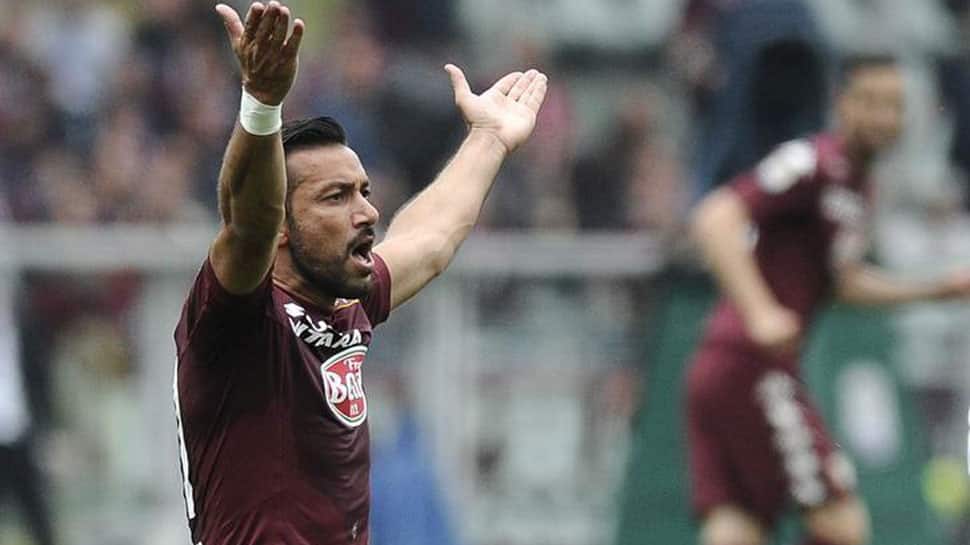 Sampdoria striker Fabio Quagliarella missed out on becoming the first player to score in 12 successive Serie A games as his side were beaten 3-0 by second-placed Napoli on Saturday.

Arkadiusz Milik and Lorenzo Insigne both scored within a minute midway through the first half and Simone Verdi added the third from a late penalty. Napoli, with 51 points, are eight points behind Juventus who were at home to Parma later on Saturday.

Quagliarella, 36, was unlucky to face Kalidou Koulibaly, arguably the toughest defender in Serie A this season, and did not get much of a look-in as he remained level with Gabriel Batitusta, the only other player to score in 11 successive games.

He had one chance in the first half but was foiled by a perfectly-timed tackle from the Senegalese defender.

Allan blocked an acrobatic effort in the second half and goalkeeper Alex Meret dived at his feet to smother the ball after a one-two with Manolo Gabbiadini.

Napoli went ahead with a simple goal in the 25th minute as Marek Hamsik released Jose Callejon on the right and the Spaniard rolled the ball across the penalty area for Milik to fire into the roof of the net at the far post.

Callejon also provided the pass for Insigne to score the second one minute later, the forward`s first league goal since Nov 2.

Verde converted a penalty awarded for handball by Joachim Andersen in the 89th minute. The referee initially gave a free kick but, after consultation with the VAR, ruled it was inside the area.

In the earlier game, bottom-of-the-table Chievo missed out on their second win of the season when they squandered a two-goal lead and were held 2-2 by fellow strugglers Empoli, with Francesco Caputo scoring a brace for the hosts.

Emanuele Giaccherini gave his side the lead in the 31st minute after Empoli lost possession and Mariusz Stepinski added a second in first-half stoppage time after the hosts failed to clear a corner.

Empoli replied immediately as Caputo scored from close range from Giovanni Di Lorenzo`s pass and the forward struck again in the 51st minute after Chievo were caught out by Ivan Provedel`s long goal kick.

Chievo stayed bottom of the 20-team table with nine points while Empoli are four points clear of the relegation zone.

Emiliano Sala would be 'proud' of Cardiff's 2-0 win over Bournemouth, says manager