Gattuso’s side crashed out of the Coppa Italia with a 1-0 aggregate semi-final defeat to Lazio on Wednesday, leaving them with the sole objective of reaching next season’s Champions League. 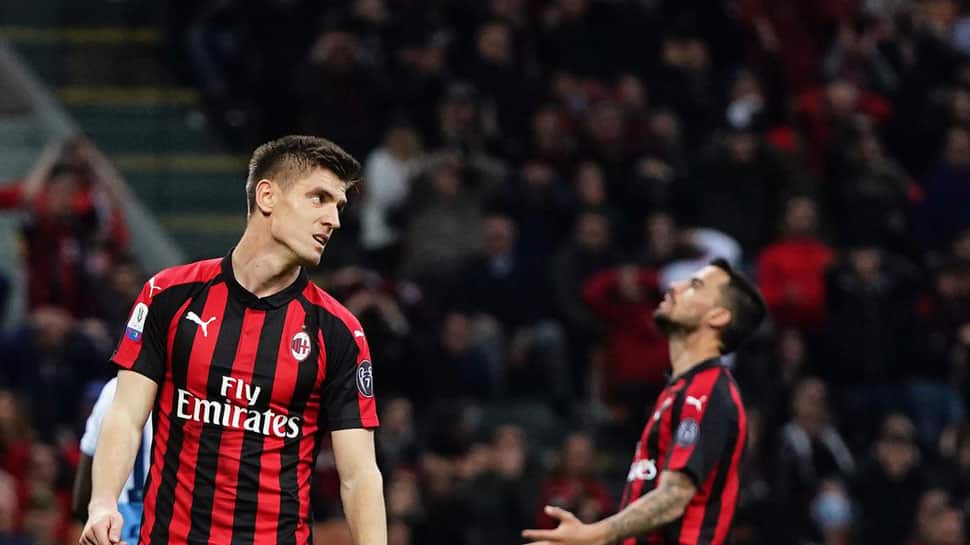 AC Milan`s players will be playing for "the entire Milan universe" when they travel to Torino in Serie A on Sunday, coach Gennaro Gattuso said.

“Tomorrow we are playing for the shirt, for the career of the players, for me and for my staff, for the entire Milan universe,” Gattuso told Saturday’s news conference.

“We are playing for so much. We’re coming off a negative moment and the criticism we have received is justified."

Gattuso’s side crashed out of the Coppa Italia with a 1-0 aggregate semi-final defeat to Lazio on Wednesday, leaving them with the sole objective of reaching next season’s Champions League.

The Rossoneri occupy the fourth and final qualification spot on 56 points but have won just one of their last seven games in all competitions.

“Talking means nothing now, we need action and results. We must get back to having that spirit," Gattuso said.

"The players must understand that they need to be united, do something more. We have to think with one mind, not just look at our own little patch of land, but the bigger picture."

Atalanta are level on points with Milan but are fifth due to their inferior head-to-head record, while Roma lurk one point behind in sixth and seventh-placed Torino, on 53 points, would leapfrog the visitors with a win at the Stadio Olimpico Grande Torino.

Asked if his side were favourites to finish fourth, Gattuso replied: “Looking at the last few games I would say no, but football is strange."

“At the moment we must go looking for lucidity and calmness, thinking as a team. We are doing everything to stay united, then we will see what the verdict is at the end of the season.”

Gattuso also responded to reports this week that French midfielder Tiemoue Bakayoko, on loan at Milan from Chelsea, was considering leaving Italy at the end of the season after being subjected to racist abuse from a section of Lazio fans.

“He is fine in Italy and has had an important season,” said the coach.

“I agree with (Milan goalkeeper Pepe) Reina -- it is like being in the year 1800, but not everyone who goes to the stadium thinks in the same way."

“These are damaging episodes but Bakayoko is doing well; he behaved in an incredible way and never lost his head.”