The experienced Frenchman, who has slipped to 33 in the world rankings after a series of injuries, looked in ominously good form as he took his place in the last four without dropping a set this week. 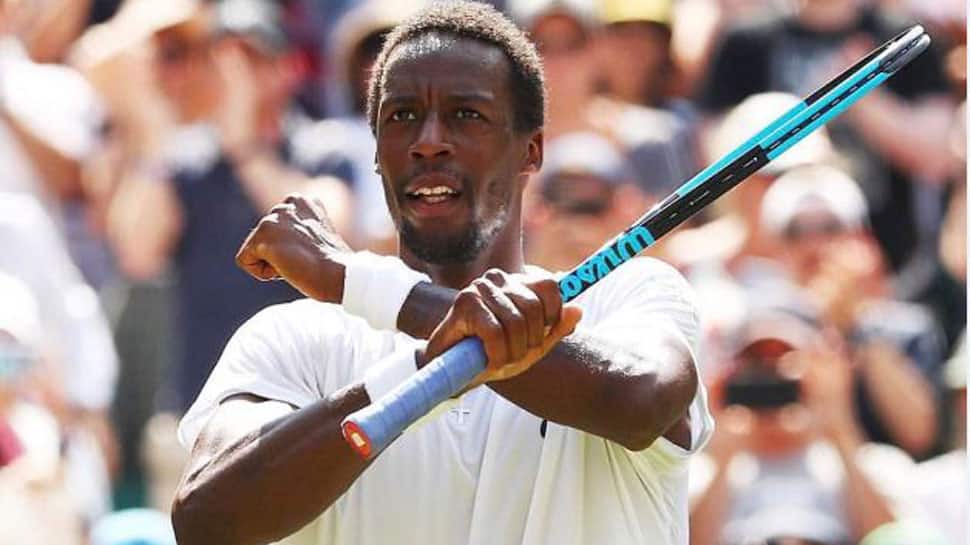 Gael Monfils doled out another lesson in outstanding tennis, winning 93 percent of points on his first serve, as he reached the semi-finals of the Sofia Open on Friday with a 6-3 7-6(5) win over Greece’s emerging talent Stefanos Tsitsipas.

The experienced Frenchman, who has slipped to 33 in the world rankings after a series of injuries, looked in ominously good form as he took his place in the last four without dropping a set this week.

The 32-year-old eased through the first set after breaking Tsitsipas`s serve at the first time of asking and comfortably won the tiebreak in the second.

"I was very aggressive today," said Monfils. "I tried to dictate (the tempo) and I did my job at the end. Today I served very well, this is my best serving day so far."

On Saturday Monfils will meet Russian third seed Daniil Medvedev who dismantled Slovakian Martin Klizan in straight sets to progress to the semi-finals.

Medvedev came out of the blocks fast and Klizan could not cope with the big-hitting Russian, who fired nine aces during his comfortable 6-4 6-1 win without offering up a single break point.

World number 53 Berrettini, who stunned top seed Karen Khachanov with a three-set win in the second round, recovered from a nervous start to produce another masterful display of power-hitting and solid serving against the Spanish veteran.

"Like in the match against Karen, I was a set down and I tried to stay focused," said the 6ft 5in Italian, who turns 23 in April. "I knew I had to fight and I`m glad it went well."

Berrettini’s semi-final opponent will be Hungarian Marton Fucsovics who made it to the last four on his 27th birthday after fourth seed Roberto Bautista Agut, the Sofia Open winner in 2016, withdrew before the quarter-finals due to illness.