The most-debated decision saw PSG defender Kimpembe penalised for deflecting a shot from United`s Diogo Dalot with his arm. 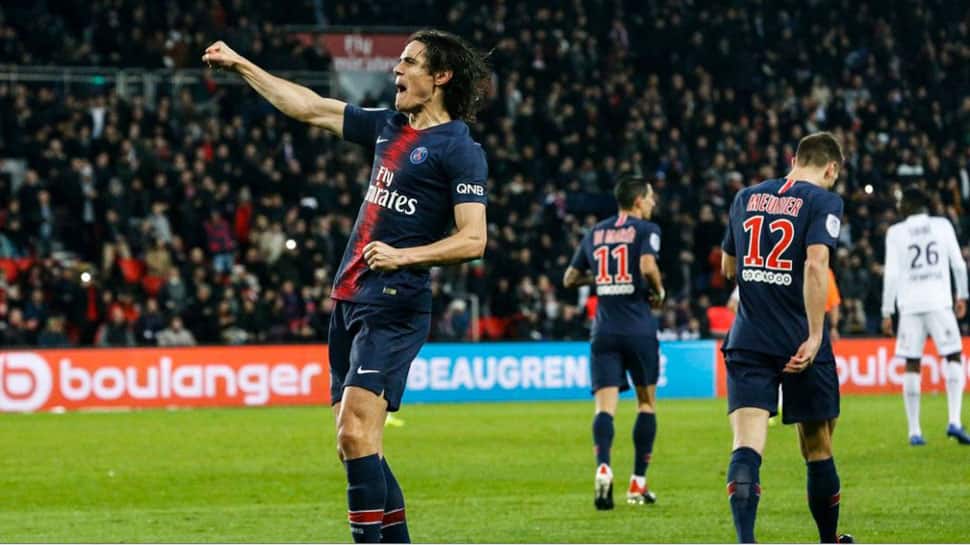 Presnel Kimpembe`s handball which led to Manchester United`s extraordinary 3-1 victory over Paris St Germain in the Champions League was referred to video technology as it was "a serious missed incident", UEFA has said.

The competition organisers released a statement on their website detailing the use of the Video Assistant Referee (VAR) after the system played a decisive role during the week`s last-16 second-leg games.

The most-debated decision saw PSG defender Kimpembe penalised for deflecting a shot from United`s Diogo Dalot with his arm.

That prompted a review which led to Marcus Rashford scoring a penalty in stoppage time to complete one of the most remarkable comebacks in the competition`s history.

"The VAR, after checking various different angles available to him, recommended to the referee an on-field review following the penalty area incident," UEFA said in a statement.

"Following the on-field review, the referee confirmed that the distance that the ball travelled was not short and the impact could therefore not be unexpected.

"The defender’s arm was not close to the body, which made the defender’s body bigger thus resulting in the ball being stopped from travelling in the direction of the goal. The referee, therefore, awarded a penalty kick."

Porto also benefited from two decisions that were subject to VAR reviews in their 3-1 win over AS Roma after extra time.

Porto were awarded a penalty in the 117th minute for a holding offence by Alessandro Florenzi on Fernando.

UEFA said the referee confirmed to the VAR that he had not seen the incident and asked for images to be prepared to allow him to conduct an on-field review, which resulted in him awarding the spot kick.

Roma then had an appeal in the opposite area turned down when Patrik Schick was felled by Moussa Marega which UEFA said had been witnessed by the referee and deemed not to be a foul.

"A VAR check was conducted, and the various images were studied carefully by the VAR, who did not find any clear evidence," UEFA said.

Dusan Tadic`s strike in Ajax Amsterdam`s 4-1 win over Real Madrid was also reviewed by VAR as the ball looked to have gone out of play in the build-up.

UEFA, however, said there was no conclusive evidence that the whole ball had crossed the line when the video was studied.