We won't defend title next year, we will attack next one: Liverpool manager Juergen Klopp

Klopp`s side lead the table by 23 points and could set a new record for a winning margin. 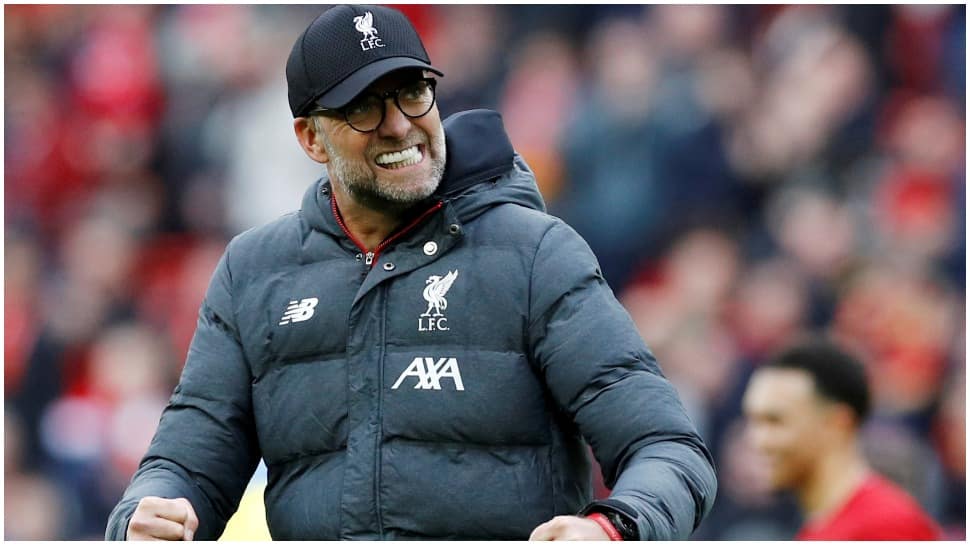 London: Juergen Klopp`s Liverpool side will be the hunted rather than the hunters next season the says they will not be defending their Premier League title, rather attacking the next one.

Liverpool will be given a guard of honour by City`s players when the top two sides meet at the Etihad on Thursday.

While accepting the gesture, Klopp knows City, together with the likes of Manchester United and Chelsea, will come back stronger next year to challenge Liverpool`s superiority.

"We will not defend the title next year, we will attack the next one," the German told a virtual news conference.

"When you think you have reached the pinnacle, you are already on the way down and we don`t feel that. I don`t feel finally satisfied, honestly. It`s just another step, an unbelievably big one, but not the only thing I want to talk to the players about when we meet in 20 years` time."

Klopp`s side lead the table by 23 points and could set a new record for a winning margin, surpassing the 19-point gap City enjoyed two seasons ago when they amassed a record 100 points.

"There is a gap there and I don`t think there will ever be a similar gap, although we need to see how big it is at the end of the season," Klopp said.

Klopp received some good news this week when the African Cup of Nations was moved from January next year to 2022 -- meaning he will not be without the likes of Mohamed Salah, Sadio Mane and Naby Keita during what could be a crucial stage.

"I like that Afcon is postponed but don`t like the reasons for it. It`s good for us but not a decision to celebrate." Klopp said.