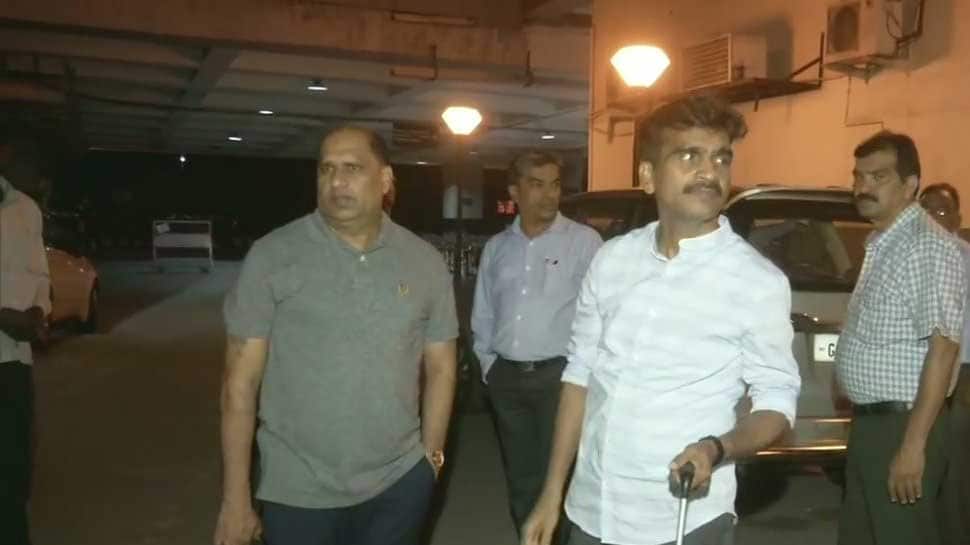 Panaji: Ten former Goa Congress MLAs, who merged with the Bharatiya Janata Party (BJP) on Wednesday, are scheduled to meet the top saffron leadership in the national capital on Thursday. According to reports, the ten former Congress MLAs, who had left for Delhi along with Goa Chief Minister Pramod Sawant, are expected to meet Union Home Minister and BJP president Amit Shah and party working president JP Nadda today.

The ten former Goa Congress MLAs have already arrived in the national capital on Thursday, according to ANI.

Goa CM Pramod Sawant had told reporters on Wednesday that 10 Goa Congress MLAs who joined BJP will meet party president Amit Shah on Thursday after that their role and everything else will be decided.

The group of Congress leaders led by Kavlekar met Speaker Rajesh Patnekar in the evening to give a letter informing him about their decision, according to news agency ANI.

Goa Chief Minister Pramod Sawant was also present when the entire group of legislators arrived at the assembly complex. Deputy Speaker of Legislative Assembly Michael Lobo was also present with them, reported ANI.

According to Goa BJP sources, Chandrakant Babu Kavlekar, who is the leader of opposition in the Goa Assembly, may be given the post of the deputy chief minister.

The development comes at a time when the Congress is trying hard to save its coalition government in Karnataka along with the JDS.

Reacting to the development, Goa Assembly Deputy Speaker Michael Lobo later said, ''BJP has got a clear mandate today. The number of MLAs is up to 27 and with this, we can do people`s work,"