The shocking incident took place around 3.30 PM on Monday in Ballabhgarh, Faridabad when the victim Nikita Tomar, a final year student of the B.Com, had come out after appearing in the exam. 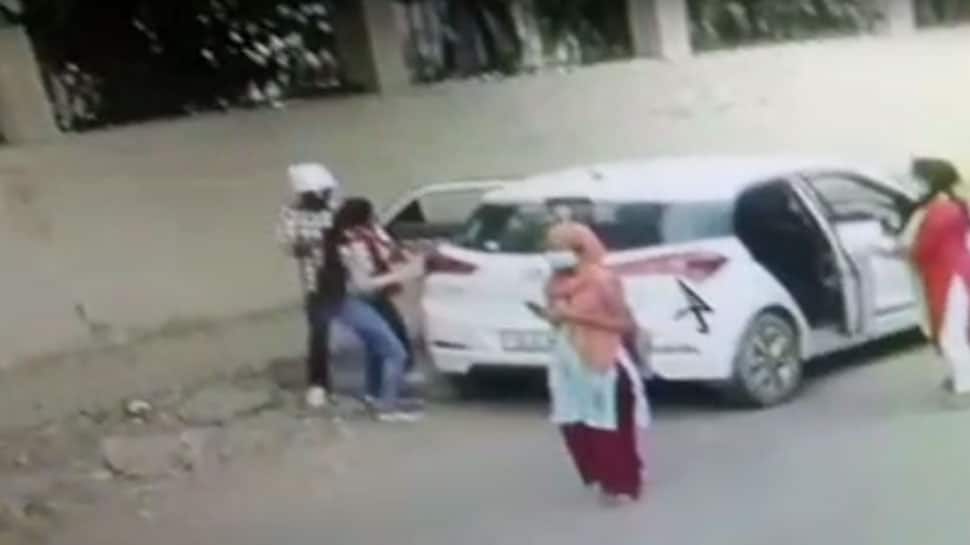 NEW DELHI: A day after a 21-year-old girl student was shot dead allegedly by two youths outside the Aggarwal College in Ballabhgarh, Faridabad on Monday, the CCTV footage of the brutal murder has come to the fore.

The CCTV footage shows two youths coming out a white I20 car and getting hold of the two girl students. The chilling visuals show one of the two accused, after a verbal duel, tries to pull the girl inside his vehicle parked near the gate of the college in order to abduct her but as she resists, one of them  (Tausef) pulls out a revolver and shoots her dead in cold blood.

The shocking incident took place around 3.30 PM on Monday when the victim who was identified as ''Nikita Tomar'', a final year student of the B.Com in the college, had come out after appearing in the exam.

The accused, however, managed to flee after the murder. A team of forensic science later collected evidence from the spot. The victim, a resident of SGM Nagar, was rushed to a nearby hospital where she was declared brought dead by the hospital doctors.

Sharing more details, Jaiveer Rathi, ACP, Ballabgarh said, “One of the accused identified as Tauseef, hailing from Sohna, was known to the victim and a complaint against him had been lodged by the victim’s kin a few months ago for harassment and molestation but a compromise had been reached.”

The Haryana Police had launched a manhunt soon after the incident and arrested Tauseef - one of the two accused after a few hours of the crime. According to the police, the rejection of friendship by the girl could be the reason behind her murder.

Tauseef, who shot the girl dead, was trying to hide in Noah, but the Crime Branch searched the CCTVs installed as far as Palwal and Mewat and, arrested him in just five hours.

Police Commissioner OP Singh said that those who behind the brutal murder will be punished severely.

Meanwhile, the girl's family, relatives and her college friends staged a protest in the area demanding stringent punishment for the two accused. "He (Tauseef) tried to forcibly make her sit in his car but she refused and then he shot her," the victim's father said.

The girl's brother told Zee News that Tauseef, the main accused, was forcing her sister to convert to Islam. 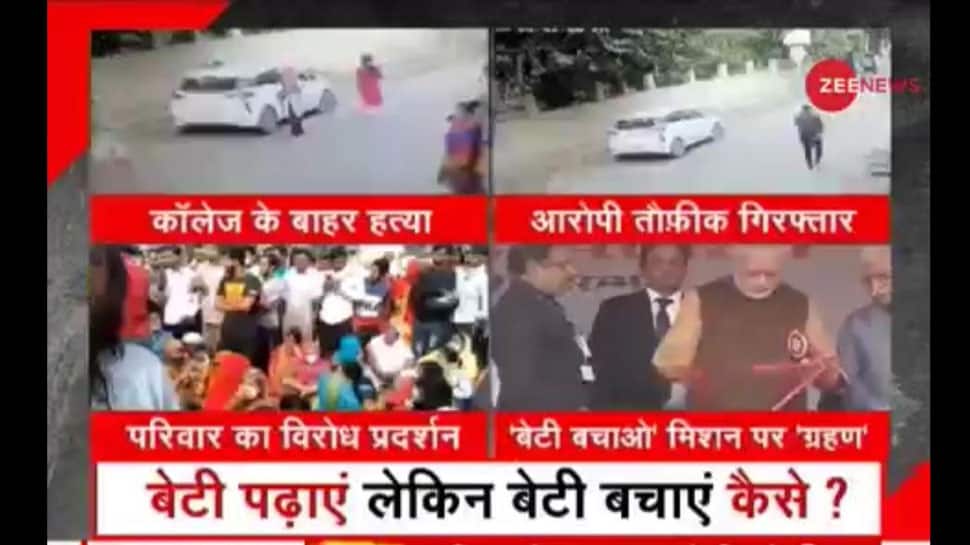 25-yr-old gangraped, brutally beaten up by 4 in Gurugram's DLF phase-2 in Haryana