A diagnosis by Panda revealed that Phatak's heart pumping was very weak, barely 20-25 per cent of normal; she had two major blockages in the heart, and narrowing of a heart valve. 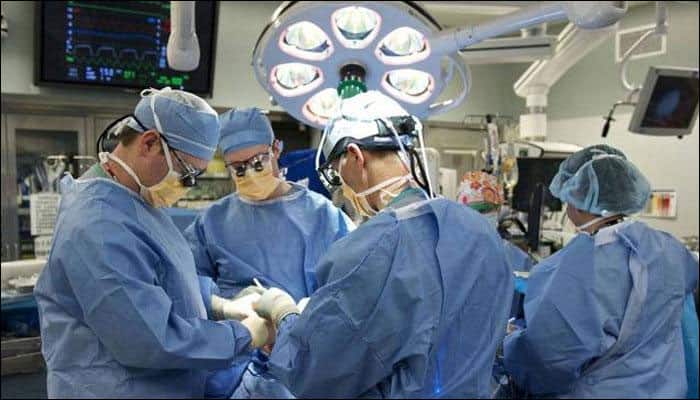 The 69-year-old patient, Asha Phatak, who weighed around 60 kg around a year back, was fit and healthy. However, her weight dropped steeply to 35 kg after she suddenly developed congestive heart failure and two major blockages.

On November 23, Phatak was rushed from her Mahim home to the AHI in Bandra in a critical condition with a congestive heart failure as it could not pump sufficient blood and oxygen to the body, besides fluid flooding her lungs coupled with low blood pressure.

She was kept in the ICU for 19 days and after the surgery on December 12, was kept on ventilator, remaining a total of two months in the ICU till her discharge on January 23.

A diagnosis by Panda revealed that Phatak's heart pumping was very weak, barely 20-25 per cent of normal; she had two major blockages in the heart, and narrowing of a heart valve.

"She needed to undergo both – a bypass surgery and an aortic valve replacement, but she was very fragile at the time of the surgery," Panda explained.

A recovered Phatak recounted how initially the famous surgeon flatly refused to take up her case, but when she expressed willingness to undergo the surgery, despite a 90 per cent risk, Panda relented.

"It was her strong willpower which revived her weak heart… It was one of the most complex and challenging cases I have handled. She's my bravest patient…!" Panda said lauding Phatak.

In the rare and challenging 10-hour surgery, the team of medicos performed part of her bypass which included two grafts, LAD and Ramus Intermedius with the ‘beating heart technique' and the rest with the help of a heart-lung machine.

After the bypass, Phatak's heart was stopped to replace the narrowed valve with a new one – giving the patient a fresh lease of life.

Panda said Phatak's positive attitude towards life, courage and willpower contributed to her speedy recovery since the medicos had apprehended she would not be able to tolerate the stress of the surgery and succumb on the operation table itself.

Nearly three weeks after discharge, Pathak is convalescing well at her home in Mahim with her daughter and two grandchildren. She has also gained two kg weight now.

Government to do nationwide survey for dengue epidemiology