Roona Begum's family said she died on Sunday at her home in a village in India's remote northeast after complaining of breathlessness. 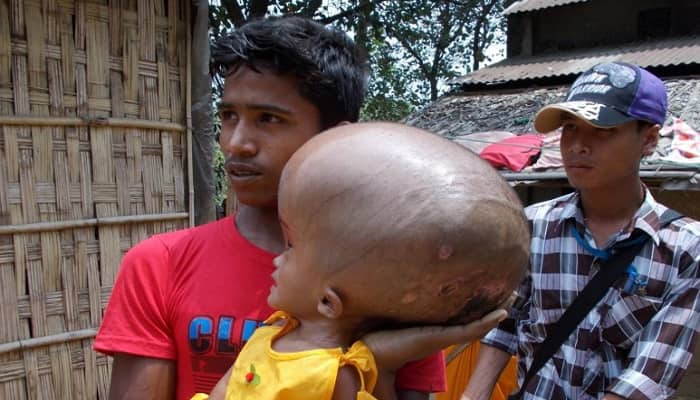 New Delhi: A five-year old girl named Roona Begum from Tripura, who was suffering from rare condition that caused her head to swell more than twice the normal size, passed away days before she was to undergo the corrective surgery.

Her family said she died on Sunday at her home in a village in India's remote northeast after complaining of breathlessness.

Her mother Fatima Begum said,"She was otherwise fit and fine. But on Sunday she started having breathing problems and I rang up my husband asking him to come back home."

"He rushed home and gave her water but before we could take her to the hospital she died," she told AFP.

Roona was born with rare condition called 'hydrocephalus', a potentially fatal condition that causes cerebrospinal fluid to build up on the brain.

Her condition caused her head to swell to a circumference of 94 centimetres (37 inches), putting pressure on her brain and making it impossible for her to sit upright.

After several round of surgery at the Fortis Hospital, her head circumference shrank to 58 centimetres.

Grapes can nip colon cancer in the bud, reveals research!