Over the last few months, Shimron Hetmyer has spent the dressing room with perhaps two of the most impactful cricketers of this generation, India captain Virat Kohli and his West Indies teammate Chris Gayle. He has seen up close and personal how these two cricketing megastars operate and agree to have picked their brains at various junctures. 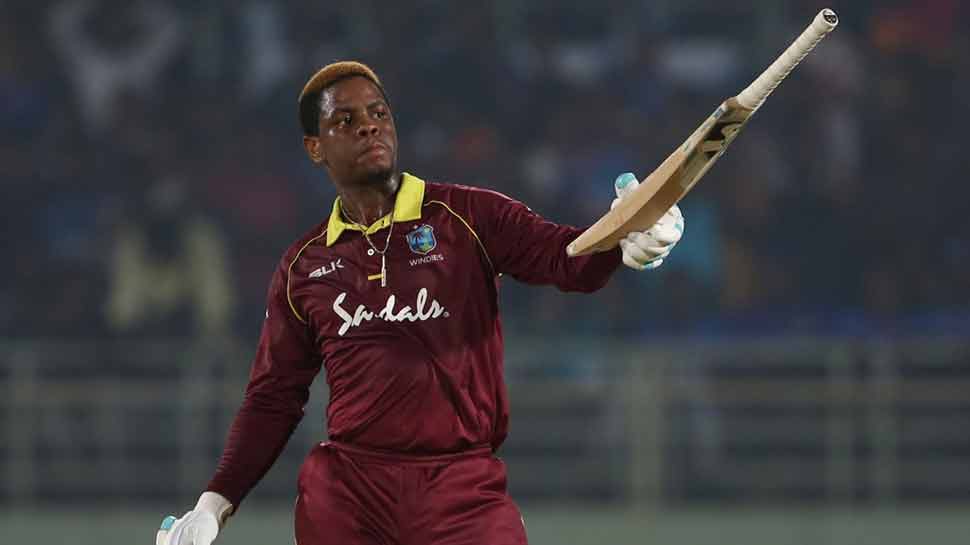 NOTTINGHAM: Over the last few months, Shimron Hetmyer has spent the dressing room with perhaps two of the most impactful cricketers of this generation, India captain Virat Kohli and his West Indies teammate Chris Gayle. He has seen up close and personal how these two cricketing megastars operate and agree to have picked their brains at various junctures.

Hetmyer recently spent over a month with Kohli, for the Royal Challengers Bangalore in the IPL, where he saw himself and the team struggle. As RCB lost their first six matches in a row to eventually be knocked out from the tournament, Hetmyer was one of their biggest let downs.

The 22-year-old, an Under-19 World Cup winning captain, was rated highly and gave an example of his batting prowess to Indian fans during the limited-overs series last year, for which he bagged a hefty 4.2 crores. But as it turned out, Hetmyer got to play just five games, in which he scored 90 runs, 75 of which came in one knock, the rest were all single-digit scores.

As West Indies gear up to face Pakistan in their World Cup opener on Friday, with all eyes on Gayle, Shai Hope and Andre Russell, Hetmyer finds himself flying under the radar but insists he is in good space. Looking back at his maiden IPL stint, Hetmyer spoke about what Kohli brings to the table and how he’s learned examining the India captain from close quarters.

“It’s a lot to learn, coming from the IPL. It was my first year and I had a wonderful time playing with and against some of the best international cricket has to offer. Virat is a wonderful captain and a great leader. It’s very nice being around him, just watching him bat and hearing him talk about the game in itself is a wonderful learning curve for any young player,” Hetmyer said.

“I’m trying to put all those lessons into this tournament now. This is my lifelong dream, playing in the World Cup but I can’t let the occasion get to me. I ‘m in good spirits. I have a fantastic bunch of guys with me; the captain is always mentoring me, always talking to me about cricket. Right now, I’m in a good mental space and I try to stay as happy as I can, in whatever frame of mind. ”

Kohli’s former RCB teammate, Gayle, has been Hetmyer’s idol. Entering the World Cup, which also happens to be his final appearance in one-day internationals, Gayle hammered 424 runs in four innings in the one-day series against England earlier this year. And the way Gayle is batting, Hetmyer believes he could very well stay on a little longer.

“I’ve learned so much just being around Chris,” Hetmyer said. “I watched him when I was young, playing on TV and he was one of my idols and he’s still my idol right now. I just want to learn as much as possible from him as he comes to the end of his career, he is one of the greatest cricketers to play for the West Indies.

“He’s had a fantastic couple of months, even in the IPL, back home in the Caribbean for the England series. Right now, I think he is in the best form of his life. It’s sad to see him go, he will be dearly missed. He is someone you can always lean on in different situations and pick his brain. I think he is probably in the best form of his life, coming round to the end of his career. We are wondering why he is actually retiring but it’s down to how he feels. I’d love him to continue, it would be fantastic for world cricket.”

Hetmyer is happy with West Indies being called the underdogs. They nearly beat the No. 1-ranked side at home, a series West Indies and England drew 2-2 and in which Hetmyer himself smoked a century. His unbeaten 104 in the second game won West Indies the match by 26 runs, but Hetmyer insisted he’d have loved for the team to beat the top team in the world.

“It’s more of a push for us to do well. Being called underdogs, more people look at you less than other teams. Hopefully, down towards the end, everyone would have seen what the West Indies can do to world cricket. We wanted to win the ODI series but it was a good series for us, playing against the No. 1 side,” he said.