According to news agency ANI, the construction of the statue incurred a cost of Rs four lakh, which was contributed by workers of the Left party. 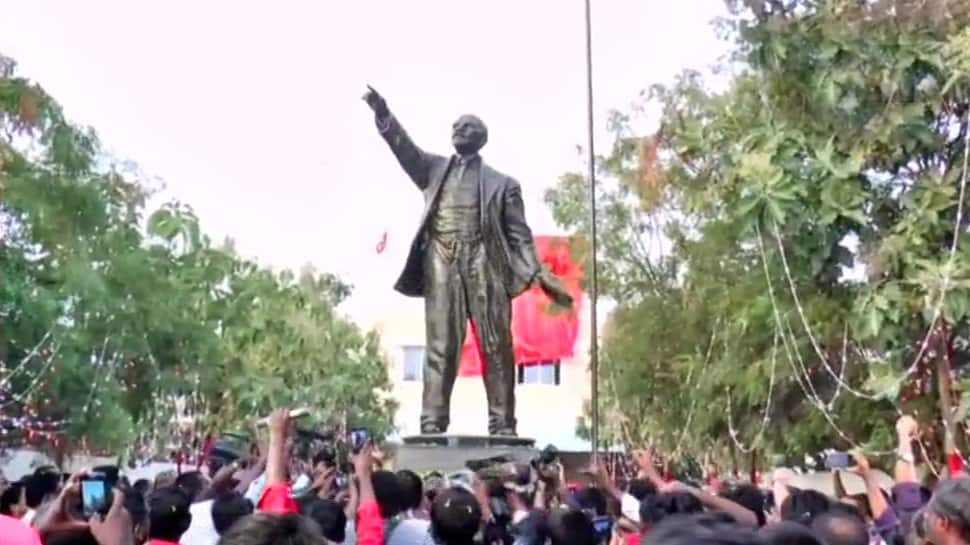 According to news agency ANI, the construction of the statue incurred a cost of Rs four lakh, which was contributed by workers of the Left party.

The grand statue of Lenin has been unveiled less than a year after a major political controversy over another statue of the Russian leader was bulldozed in Tripura in March 2018. At least two statues of Lenin were demolished in Tripura shortly after the CPI-M government was toppled by the Bharatiya Janata Party (BJP) in state Assembly elections.

The status was taken down a day after Manik Sarkar resigned as the Chief Minister of Tripura after CPI-M’s poll debacle. Following the incident, several statues of political icons were de-faced or damaged in different parts of the country.

Prime Minister Narendra Modi had also intervened and talked to Union Home Minister Rajnath Singh. He had also state governments to ensure such incidents were not repeated.

The MHA has also asked the states to take all necessary measures to prevent such incidents. "Persons indulging in such acts must be sternly dealt with and booked under relevant provisions of law," the MHA said.