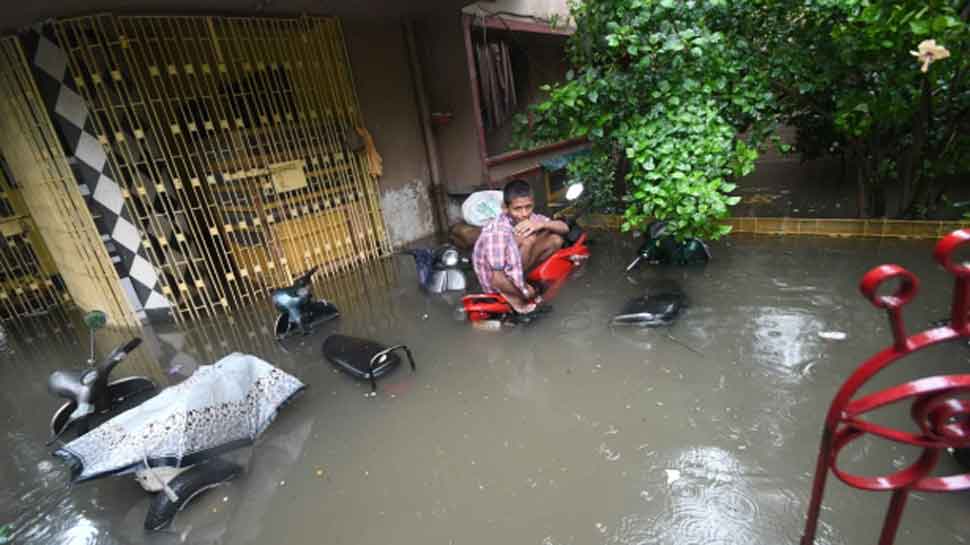 At least 29 people have died in Bihar till Monday due to heavy downpour which has paralysed normal life in several parts of the state. A red alert has been issued in 14 districts of Bihar due to incessant rains. Sources told Zee Media that 32 teams of National Disaster Response Force (NDRF) and State Disaster Response Force (SDRF) have been pressed into service to help in the relief and rescue operations.

In capital Patna, which has been badly hit due to heavy rainfall, 235 people have been rescued by NDRF so far. All schools and coaching institutes in Patna have been shut down till October 1 (Tuesday) because of the waterlogging in the city. Many trains have been cancelled because the tracks are inundated underwater. The state government has issued several emergency helpline numbers for the relief of those affected by the incessant rains.

Union Minister and Patna Sahib MP Ravi Shankar Prasad said that both the Centre and state government are closely monitoring the situation. Prasad said that he had met the NDRF, collector and municipal corporation and was assured by them that rescue operations are going on in full swing. According to Prasad, power supply has been cut in several areas to avoid incidents due to electric shocks. The BJP leader said that large pumps will be brought from Chhattisgarh coal fields to drain out water from inundated areas. Prasad said that he has also requested the Army to provide two helicopters to assist in relief and rescue operations.

On Sunday, CM Nitish Kumar sought Centre's help as floods situation worsened after heavy rains continued to lash the state for the third consecutive day on Sunday. He also sought help from the Indian Air Force for dropping food packets to people trapped in Patna and other parts of the state.