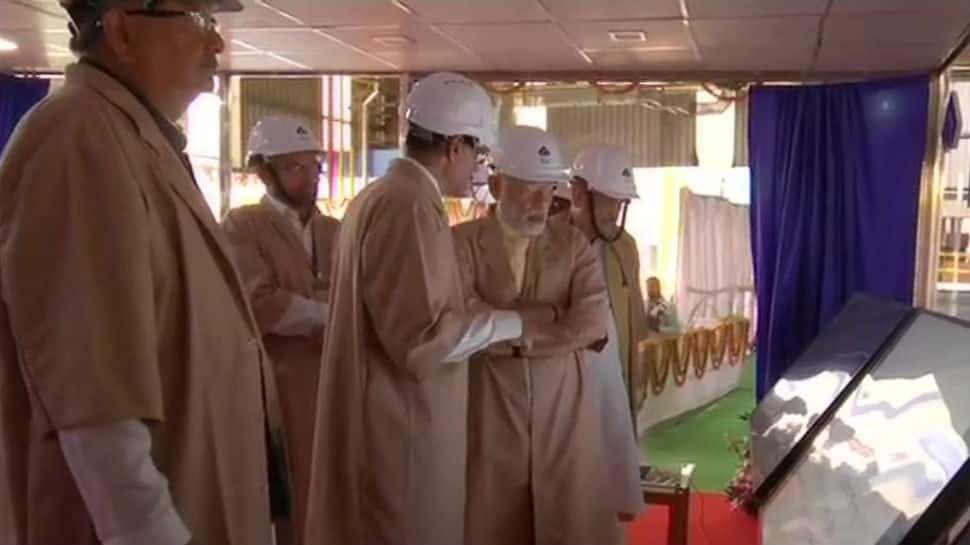 Raipur: PM Narendra Modi on Thursday held a road show in the city of Bhilai before inaugurating a modernised and expanded steel plant here.

PM Modi, who began the day by inaugurating an Integrated Command and Control Centre in Naya Raipur, held a road show in Bhilai. He waved at people gathered on the streets of the city from his car before walking a short distance as well. At the steel plant here, he took stock of all the new improvements here.

Established with the assistance of USSR in 1955, the Bhilai Steel Plant is India's first producer of steel rails. The latest modernisation here includes use of new technologies which promise to improve productivity, quality and cost-effectiveness while being more environment-friendly.

PM Modi, in what is his second visit to the poll-bound state in two months, was given a detailed report of the improvements at the plant.

Following his visit here, PM Modi proceeded to lay the foundation stone of a new building of Indian Institute of Technology (IIT) in Bhilai and then to inaugurating the Raipur-Jagdalpur air service.