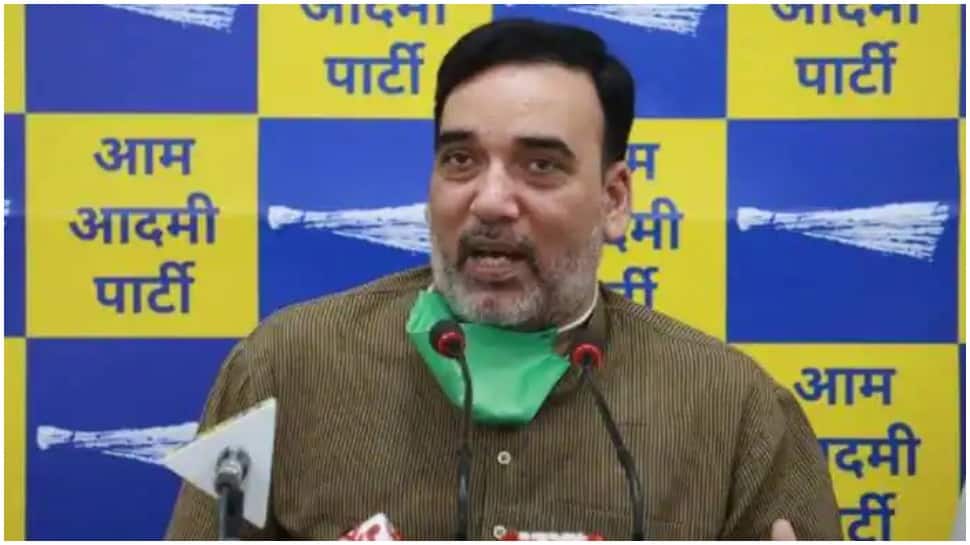 He said that everyone believes that Arvind Kejriwal did not impose a single new tax on the people of Delhi in his entire term. The taxes which were already there were either reduced or completely abolished. BJP-ruled MCD will be the first government whose budget is decreasing every year. The Aam Aadmi Party strongly opposes this, he concluded.

Senior Aam Aadmi Party leader and MCD in-charge Durgesh Pathak said, "Whenever a state presents its budget, all the residents of that state look on expectantly with great enthusiasm and hope. You must have seen that within the last one week, first the budget of BJP ruled South MCD came, then the budget of North MCD came and now the budget of East MCD has come. When the budget of South MCD came, you saw that many tax increases were introduced in it. There is no category left on which tax has not been imposed."

"You’d expect that maybe the budget of North MCD is better, but you have seen their budget as well and it was even worse. This will be the first such government in which the budget is decreasing every year, while taxes are increasing. This time also North MCD reduced its budget. So the public expected that the East MCD budget might do something right. Unfortunately, however, East MCD also followed the same path as South MCD and North MCD and presented an abysmal budget," he added.

He said, “When it comes to the Kejriwal Government in Delhi – while everyone has different views, everyone agrees on the fact that Arvind Kejriwal did not impose a single new tax on the people of Delhi throughout his term. There was no increase in any tax. Not only this, those taxes which were already levied were either reduced or completely abolished."

He further added, "According to the budget of East MCD, if you buy a property today, then they have increased the tax by 2-3% on it. If there is a government house, then the tax of 5% has been increased on it. If you go to MCD to make a building plan, then there is an increase of 10% on it. What is this betterment tax? This is completely the responsibility of the government, but East MCD will charge 15% tax from its citizens in the form of Betterment Tax."

Referring to the cleanliness of the MCD, the AAP leader said, “East MCD is so poor in terms of cleanliness that it was ranked 48th in the cleanliness survey of Modi Ji himself. The people of East MCD have been torn about how and when their city will be cleaned, and hoped that the BJP-led MCD would do some discussion on it. The Ghazipur landfill is growing every day by several feet. Any proposal to reduce the same will be considered, but it never came about. It was shown that the BJP said that the councilors of MCD should keep 5% of all the money that will come from everyone's tax. In this budget, they have kept the funds at one crore per councillor."

He concluded, "You imposed the burden of unnecessary taxes on the public while giving facilities to your councillors. Now the only idea the BJP people have is that since it is their last year in the MCD and only a three-four months job is left, they should loot the people of Delhi as much as they can."

"I asked a BJP leader about why the taxes are being increased this way, to which he responded saying that now is the last and only opportunity to gobble up as much money as they can. But the Aam Aadmi Party staunchly opposes this increase in taxes. We live among Delhiites, we know what is happening to our people."

"Everyone has lost their jobs due to Corona. Everyone has suffered a lot and in such a situation if you increase the tax, then you are doing the work of Yamraj, not the government. Delhi people understand this, they are watching closely and will defeat the Yamraj-like Bharatiya Janata Party in the upcoming elections," he said.