Airport operations in Srinagar hit due to heavy snowfall

All flights of GoAir and IndiGo, two SpiceJet flights, an Air Asia flight and an Army charter flight had to be cancelled. 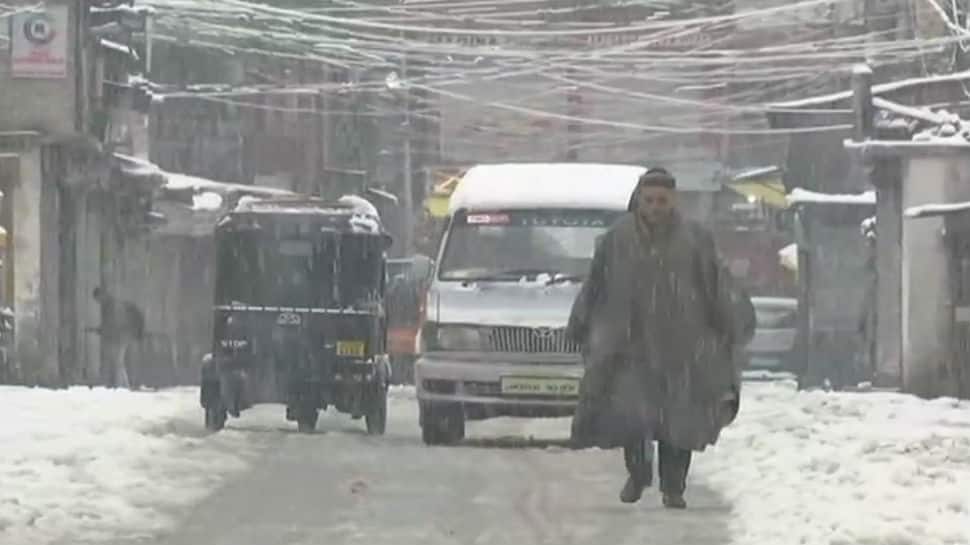 Airport operations were severely hit in Srinagar on Thursday morning with several flights either to or from here being cancelled. This is the second consecutive day when weather conditions have taken a toll on flight and airport operations.

Srinagar and many other parts of Jammu and Kashmir received fresh snowfall on Thursday which covered large areas under a thick white blanket. News agency ANI reported that operations at the Srinagar airport got affected due to the snowfall and that all flights of GoAir and IndiGo, two SpiceJet flights, an Air Asia flight and an Army charter flight had to be cancelled.

Most of the private airline companies operating in the sector had already warned its passengers that flights to and from Srinagar could get affected due to predicted weather conditions in the state.

#WeatherUpdate - Due to bad weather at Srinagar (SXR), our departures/arrivals and their consequential flights might get affected. Passengers are requested to keep a check on their flight status via https://t.co/iQhxtfUMuL.

Due to bad weather conditions at #Srinagar flights to & from SXR may get delayed.
Check #GoAir flight status: SMS G8 <space> FlightNo to 57333. pic.twitter.com/WN8ybqjKrF

The weather conditions in Srinagar are likely to remain the same for most parts of Thursday and Friday. According to private weather monitoring agency Skymet Weather, an intense western disturbance over the state is expected to bring in snowfall here and in parts of Himachal Pradesh and Uttarakhand. This is also expected to bring scattered rain over the plains of Punjab, Haryana and Delhi.

The temperature in Srinagar is expected to hover around 1 degree Celsius with the forecast for northern parts of the country through the week predicting cold conditions to remain.