Security arrangements along the routes to the Amarnath shrine have been tightened with CRPF, J&K Police, Indian Army and BSF on vigil. 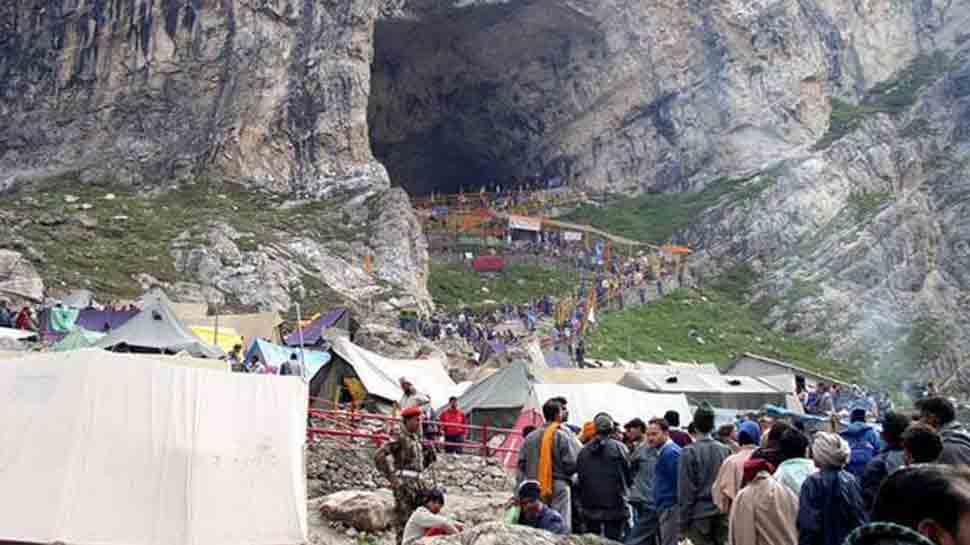 Tight security arrangements have been put in place for the annual pilgrimage to Amarnath with close to 60,000 personnel deployed on Baltal as well as Pahalgam routes.

The first batch of devotees was flagged off after a puja at the Jammu base camp on Sunday under the watchful eyes of security personnel. Both routes to the holy cave at a height of 3,880 have been cleared and the responsibility of providing security cover has been mostly assigned to Central Reserve Police Force (CRPF) and J&K Police. "The Yatra is a big event for us. A detailed security plan has been made for it," said Ravideep Sahai, IG, CRPF. "The Indian Army, BSF, Police and CRPF have combined for the security arrangements which have been put in place. We will provide vigil day and night to ensure that pilgrims face no trouble or threat."

Centre has provided for a multi-layered security cover for the Yatra this year. An additional 40,000 personnel have been deployed. The help of technology has also been taken to ensure convenience and safety. "Technology plays a very important role and we have upgraded our technology. Vehicles have been fitted with Radio Frequency Identification (RFID) tags. This will help us know the exact position of pilgrims. We have also made use of unmanned aerial vehicles (UAVs) as well as CCTVs to keep a better check by monitoring the live feed from them," said Sahai.

Apart from security-related challenges, there are also challenges posed by the weather. The Met department has brought in 'Customised Weather Update' technology to keep pilgrims updated on possible changes in weather patterns.They will get updates every three hours at every camp along the routes. Since heavy rains could make an impact over the course of the Yatra, more of such automatic weather monitoring systems have been put into place. "Monsoon is at its peak during the months of July and August. Like each year, we will be keeping a close watch on the weather pattern and ensure people get timely updates," said Sonam Lotas of the Met department.

Security forces too are ready to assist pilgrims in case of any weather-related emergency. "Whenever there is a security plan, it includes plans in case of disaster. We have also kept our Mountain Rescue Team on standby and are stationed at various points along the route. They will be deployed quickly in case of any emergency," said Sahai.

Apart from these measures, there are a number of marked places along the routes where pilgrims can eat and take rest.

Over 9,100 students admitted in DU colleges after 1st cut off release