The revelation by the Chinese spy has reportedly shaken her intelligence agency's companions in China. 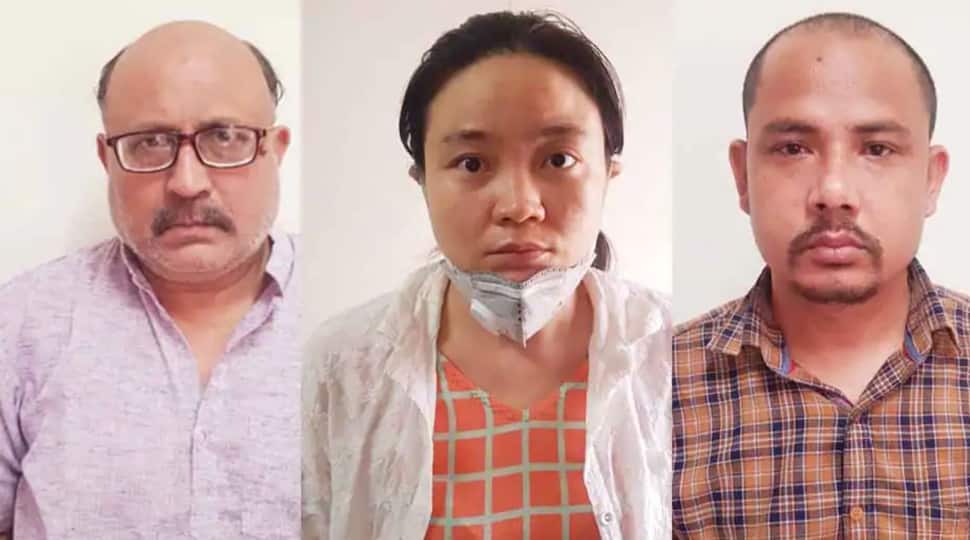 New Delhi: Nearly a month after Delhi Police arrested a freelance journalist along with a Chinese woman Qing Shi and her Nepali associate in connection with sharing sensitive data to China, details have come out that Qing Shi was asked to share internal information about the Prime Minister's Office and other important ministries.

During interrogation, the investigating agencies have found out that China had asked its espionage team to give internal information of important Indian offices including the Prime Minister's Office.

Qing Shi was also directed to share information about 'top bureaucrats' in other important offices.

Sources told Zee Media that she was introduced to an influential woman in Kolkata by a Chinese Mahabodhi Temple's monk.

Qing Shi was told to translate the documents given to her by the Kolkata woman in Mandarin and the interrogation has so far revealed that these documents were to be sent to an important Chinese Communist Party leader's wife Ding and a person named Chow.

The revelation by the Chinese spy has reportedly shaken her intelligence agency's companions in China.

As per reports, the Indian intelligence agencies have already started a thorough investigation of the whole case and has subsequently questioned a lot of people at several places including Kolkata.

This is to be noted that freelance journalist Rajeev Sharma along with Qing Shi and her associate Sher Singh (aka Raj Bohra) are still detained in the national capital's Tihar jail.

Delhi Police had stated that Sharma who is arrested in an espionage case under the Official Secrets Act had disclosed his involvement in the procurement of secret information and further conveying the same to his Chinese handlers namely Michael and George, based in Kunming (China) through different digital channels.

Meanwhile, a Delhi court on October 19 has dismissed the bail application of Sharma on the ground that sufficiently grave and incriminating material was available on record against him.

"I am satisfied that there is sufficiently grave and incriminating material available on record against the applicant/accused. Upon perusal of the telegraph chat, statement of witnesses recorded under Section 164 CrPC, information retrieved from the email account of the applicant accused and the nature of documents seized from the possession of the accused, I am of the considered opinion that the allegations against the applicant accused are well-founded," PTI quoted Additional Sessions, Judge Dharmender Rana, as saying.