West Bengal CM has invited the agitating doctors to meet her again on Saturday evening in order to end the logjam. 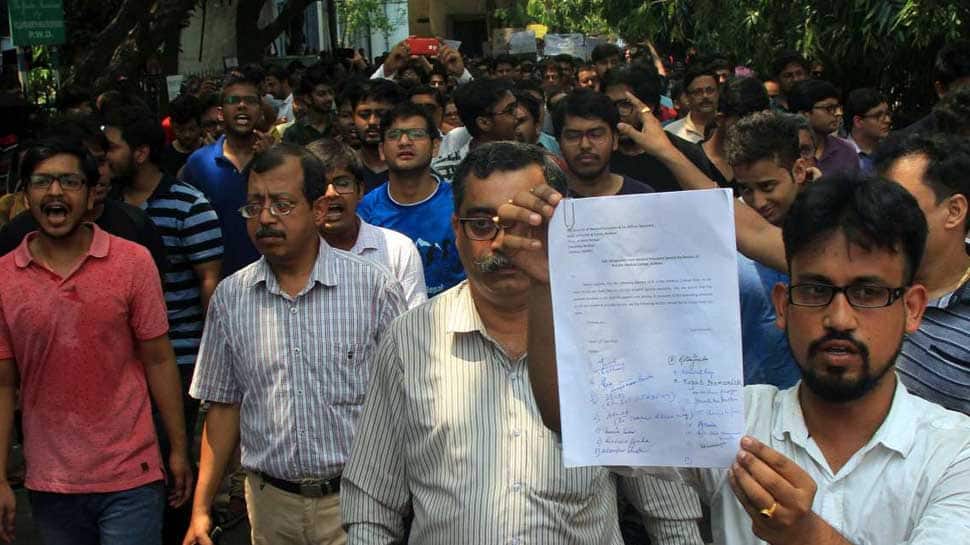 Kolkata: West Bengal Chief Minister Mamata Banerjee has invited the protesting junior doctors to meet her again on Saturday in a bid to end their agitation, which has found immense support from their colleagues across the country and crippled the healthcare and medical services in the government and private hospitals.

The invitation for talks came after the agitating doctors categorically refused to meet the state's Chief Minister on Friday night and demanded an unconditional apology from her.

They also put up six conditions for withdrawal of their ongoing stir.

"We want an unconditional apology from Chief Minister Banerjee for the manner in which she addressed us at the SSKM Hospital on Friday. She should not have said what she said. She should come to the NRS Hospital to meet us," Dr Arindam Dutta, a spokesperson of the joint forum of junior doctors, said.

Banerjee, after visiting the state-run SSKM Hospital on Thursday, had alleged that some outsiders had entered the medical colleges to create disturbances. The West Bengal CM had also blamed the BJP and the CPI-M for engineering the doctors' agitation.

She had earlier asked the agitating junior doctors across the state to resume work by 2 PM, failing which she had threatened them with disciplinary actions. The doctors, however, defied her warning.

Meanwhile, State's Governor Keshari Nath Tripathi said that he had called up Banerjee to discuss the issue of doctors' strike but got no response from her.

"I tried to contact the Chief Minister. I called her up. Till this moment there is no response from her. If she calls me up, we will discuss the matter," he told reporters after visiting injured junior doctor Paribaha Mukhopadhyay at the hospital.

Mukhopadhyay is one of the two junior doctors attacked by the relatives of a patient, who died at the NRS Medical College and Hospital on Monday night.

The attack on the doctors triggered the ongoing nation-wide stir by medicos.

As the things unfolded, Banerjee held a two-hour-long meeting with senior doctors, who were not part of the strike, and invited the agitating doctors for talks at the Secretariat Nabanna on Friday.

After the protesting doctors refused to meet the Chief Minister, dubbing the invitation as a ploy to derail their stir, she invited them yet again to meet her at 5 PM on Saturday at Nabanna.

Informing about the Chief Minister's second invitation, senior physician Sukumar Mukherjee said, "We hope some junior doctors will turn up."

The agitating doctors had said that the Chief Minister must visit the injured doctors at the hospital and issue a statement condemning the attack on them.

Seeking immediate intervention of the CM, the doctors also demanded a judicial probe into the police inaction in providing security to doctors at the Nil Ratan Sircar Medical College and Hospital against attack on Monday night.

"We demand documentary evidence and details of the action taken against those who attacked us," said one of their representatives.

The agitators also demanded unconditional withdrawal of all "false cases and charges" imposed on junior doctors and medical students across West Bengal for going on strike.

They also sought improvement of security infrastructure in all health facilities and posting of armed police personnel to shield them from any attack while on duty.

As many as 460 doctors of various government hospitals across the state have resigned from their services to show solidarity with agitators.

In his resignation letter, Calcutta School of Tropical Medicine director, Dr P Kundu, said entire medical fraternity of the state fully support the agitation by the doctors of NRS Medical College and Hospital and other government hospitals against the "brutal" attack on medicos during duty.

As the medical fraternity from Delhi, Maharashtra, Odisha, Jharkhand and other states began to rally behind their West Bengal colleagues, Union Health Minister Harsh Vardhan urged Banerjee not to make the "sensitive matter" a "prestige issue" and ensure an "amicable end" to the stir.

They later participated in a rally holding placards with a message "No more violence, enough is enough".

The Calcutta High Court, meanwhile, refused to pass any interim order on the strike. Many relatives of the TMC leaders too backed the doctors stir.