Natural gas and oil condensate started leaking from an oil well around 50 days ago. It caught fire a month ago. 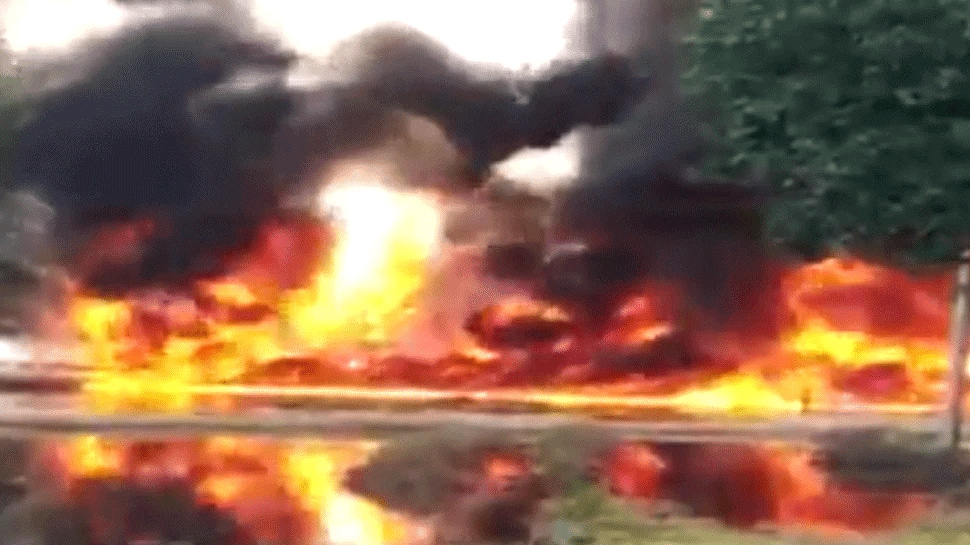 Guwahati: The leaking oil and gas well of the state-owned Oil India (OIL) in Assam is expected to be capped and the fire in one of the wells doused in four-five days, according to a top official here on Monday (July 13).

"We are in the final phase of capping the well and dousing the fire in the Baghjan well in the Tinsukia district of eastern Assam. We expect the operation to be over in four-five days," a senior OIL official told IANS over phone.

Natural gas and oil condensate started leaking from an oil well around 50 days ago. It caught fire a month ago.

"Heavy rain and flood affected the operation and damaged many machinery and makeshift structures. Despite that officials, engineers and workers continued to work to control the situation," the official said.

US and Canadian experts and engineers, who are associated with Singapore-based ALERT, fire-fighters, NDRF personnel and OIL and ONGC engineers continued their efforts to check gas leak and douse the well fire at Baghjan, around 550 km east of Guwahati.

Besides the hostile weather conditions, OIL is also facing agitation by locals demanding higher compensation for their losses. While a section of agitators has withdrawn protest, others continue to agitate holding OIL responsible for the mishap. OIL has provided Rs 30,000 compensation to each of the affected families.

OIL officials said transportation of heavy machineries and equipment from Rajahmundry (Andhra Pradesh), Vadodara (Gujarat) and other places was also delayed due to Covid-19 protocols and curbs.

On a request from Tinsukia Deputy Commissioner Bhaskar Pegu, the army built a 150-metre-long bridge over a water body to facilitate work to control gas leak and fire.

Around 10,000 people have been evacuated and sheltered in 14 relief camps as the fire damaged houses, other properties as well as standing crops. Locals said the fire had also affected a famous lake, ponds and wetlands in the area.

Various NGOs and government bodies, including Tata Energy Research Institute (TERI), are conducting studies to assess impact of oil and gas leakage and fire on environment.