The airport authorities have requested the passengers to contact the airline concerned for updated flight information, adding "Any inconvenience caused is regretted."

New Delhi: The flight operations at the Indira Gandhi International (IGI) Airport on Friday (December 20) have been affected due to bad weather. If you are set to catch flight today, you need to check your flight status before you leave for the airport. Poor visibility in the national capital is likely to affect flight departures and arrivals.

"Due to bad weather, flight operations at Delhi airport are affected. While takeoffs and landings continue, some flights are impacted due to crew operational limitations," airport authorities tweeted.

The airport authorities have requested the passengers to contact the airline concerned for updated flight information, adding "Any inconvenience caused is regretted." 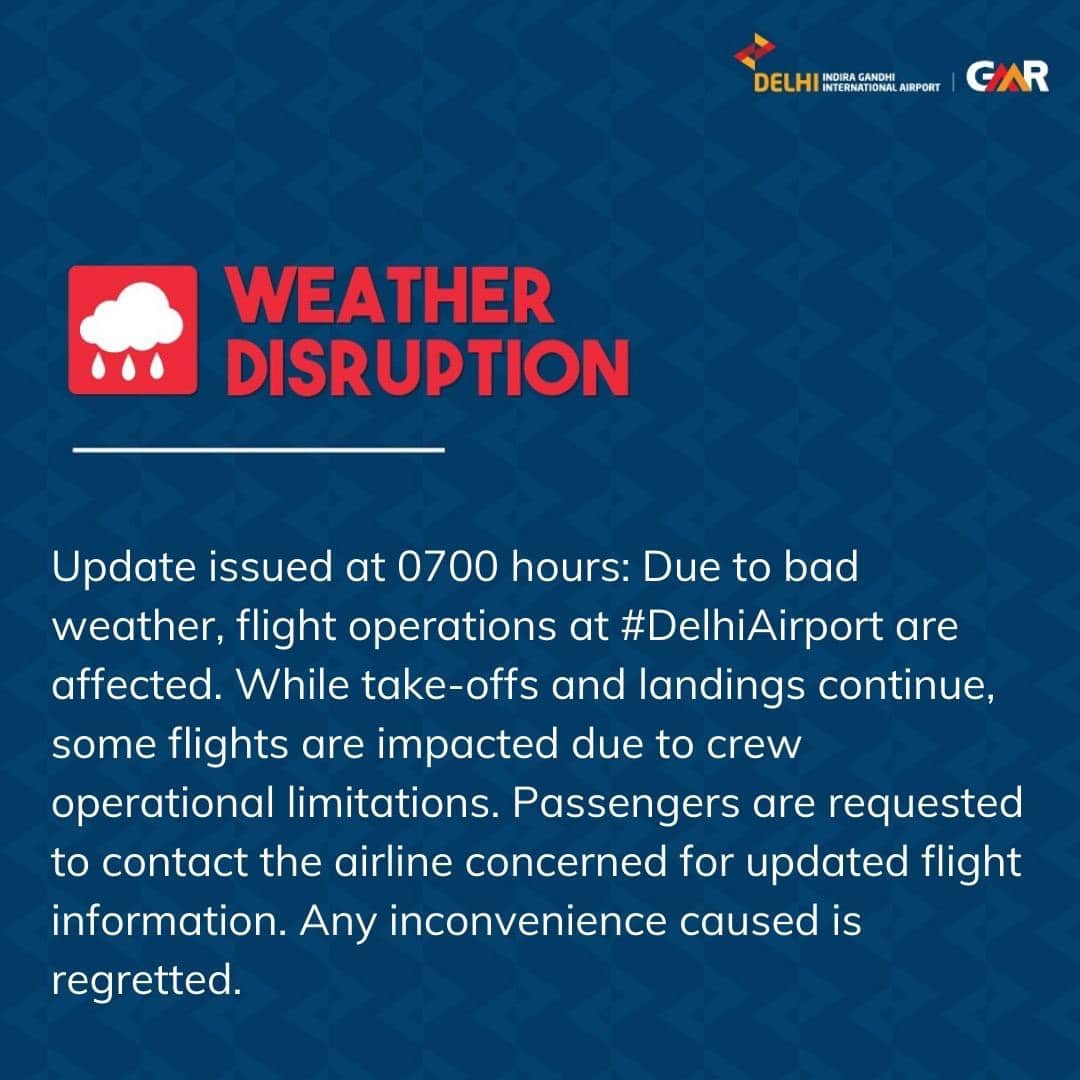 Notably, the capital is witnessing thick fog in several areas. In Palam area, the visibility at Palam was zero between 1:30 and 7 am, but after 8:30 the visibility is 50 meters.

As the visibility on runway 28 is 800 and on runway 29 it is 250 metres, flight delay and cancellation of flights are expected.