A consumer court frowned upon big brands putting their logos on carry bags and yet forcing customers to pay for what is essentially an advertisement. 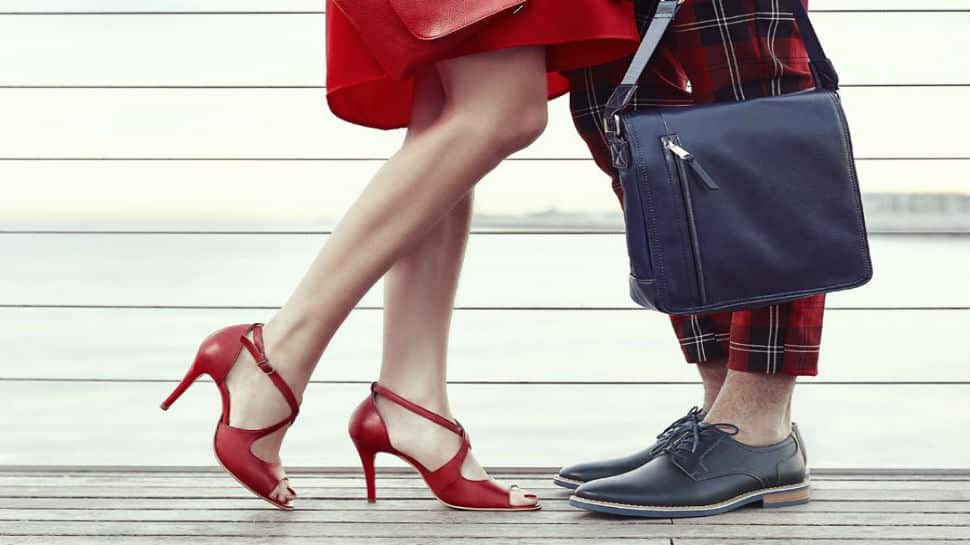 Chandigarh: A showroom of Bata in Chandigarh was recently fined Rs 9,000 by a consumer court after it forced one of its customers to pay Rs 3 for a carry bag.

Dinesh Prasad had gone to the said Bata showroom in Sector 22 in February for certain purchases. At the billing counter, he was told that he would have to pay Rs 3 in addition to the bill for the items purchased, for a carry bag. While at the time, Prasad ended up paying the extra amount for the carry bag, he approached the city's Consumer Forum and lodged a complaint.

A consumer court eventually ruled in Prasad's favour and directed the Bata showroom against which the complaint was filed to not only return Rs 3 charged from Prasad but also compensate him for his troubles and legal fees. In addition, the court ordered the showroom to ensure that free carry bags are provided to all customers henceforth.

Senior advocate Pankaj Chandgothiya told Zee News that despite consumer courts being very strict when dealing with such issues, a number of big brands in the country continue to look at making a quick buck by charging for carry bags. While many customers opt to pay considering that the charge is quite nominal, brands and their respective showrooms are not permitted to levy any additional charge for bags.

Chandgothiya also said that in this particular instance, the Bata showroom had argued that it is committed to saving the environment and the paper bag given to Prasad was expensive. The argument was shot down by the consumer court which directed it to pay Rs 3,000 for Prasad's troubles, Rs 1,000 to cover his legal cost and Rs 5,000 to the Consumer Forum's Legal and Accounting wing. It also said that brands put their logos on carry bags and yet charge customers for what essentially is an advertisement for the brand.

The following is the full copy of the order:

1. The long and short of allegations are, complainant on 05.02.2019 visited the shop premises of Opposite Party with a view to purchase pair of shoes and on selection had purchased the same for consideration and bill/invoice issued of Rs.402/-. The cashier of the Opposite Party handed over the shoes and put in a paper carry bag bearing the advertisement name of the shop 'BATA'. The complainant had no intention to purchase the carry bag and it was duty of the Opposite Party to provide the carry bag. But the complainant was forced to pay price of the carry bag. It was so noticed on perusal of the invoice attached. The bag was being used as advertisement by Opposite Party as on the carry bag which is annexed with the present consumer complaint, it was printed as "Bata Surprisingly Stylish" "Barcelona Milan Singapore New Delhi Rome". Thus, at the cost of consumer, he was being used as the advertisement agent of the Bata India Limited. Hence, it was unfair trade practice & punitive damages prayed for and therefore complainant has prayed for refund of Rs.3/- price of bag charged and direction to the Opposite Party to provide free carry bags to all customers forthwith who purchase items/articles from their shop, compensation of Rs.5,000/-, costs of litigation Rs.5,000/- and Rs.40,000/- in the Consumer Legal Aid Account. Hence, the present consumer complaint.

2. Opposite Party has contested the present consumer complaint and filed the reply that for the purpose of environmental safety, the complainant was given carry bag at the cost of Rs.3/-. This is the crux of the reply submitted alongwith affidavit furnished.

3. No rejoinder was filed by complainant. We have heard the Ld. Counsel for complainant and authorized representative of Opposite Party and gone through the record of the case.

4. Per pleading of the parties, the complainant has purchased pair of shoes from the Opposite Party on 05.02.2019 and its cost was Rs.399/-. However, per Annexure C-1, in addition to it, the complainant was also compelled to purchase paper bag worth Rs.3/- to carry the pair of shoes to his home. While the affidavit furnished is complainant never intended to purchase carry bag and it was to be provided by seller i.e. Opposite Party. It was an essential item for sale of product.

5. We had also a glance to the carry bag which is annexed with the consumer complaint in which advertisement of Bata Company was being published as it has been printed in red words "Bata Surprisingly Stylish" which shows that Bata Company is stylish in nature and used the consumer as if he is the advertisement agent of Opposite Party. The purchase of the item alongwith sale of carry bag is not disputed as per statement put forth by Opposite Party.

6. Per this evidence brought on record, we record a firm finding that there is unfair trade practice on the part of Opposite Party in compelling the complainant to purchase the carry bag worth Rs.3/- and if the Opposite Party is a environmental activist, he should have given the same to the complainant free of cost. It was for gain of OP. By employing unfair trade practice, OP is minting lot of money from all customers.

7. In the light of above observations, we are of the view that the present complaint of the complainant deserves to succeed against the Opposite Party and the same is allowed qua it. The Opposite Party is directed:-
(i) To provide free carry bags to all customers forthwith who purchase articles from its Shop and stop unfair trade practice i.e. to charge for carry bag;
(ii) To refund to the complainant the amount of Rs.3/- wrongly charged for the paper carry bag;
(iii) To pay Rs.3,000/- to the complainant towards compensation for mental and physical harassment;
(iv) To pay Rs.1,000/- as litigation expenses;
(v) By way of punitive damages, to deposit Rs.5,000/- in the "Consumer Legal Aid Account" No.32892854721, maintained with the State Bank of India, Sector 7-C, Madhya Marg, Chandigarh in the name of Secretary, Hon'ble State Consumer Disputes Redressal Commission, U.T., Chandigarh.

9. Certified copies of this order be sent to the parties free of charge. File after its due completion be consigned to record room.

India likely to have near normal monsoon in 2019, says IMD