The floods in Bihar has wreck havoc by affecting nearly 1 million people in 10 districts and claimed at least 10 lives till Friday (July 24, 2020) as per the state's disaster management department. 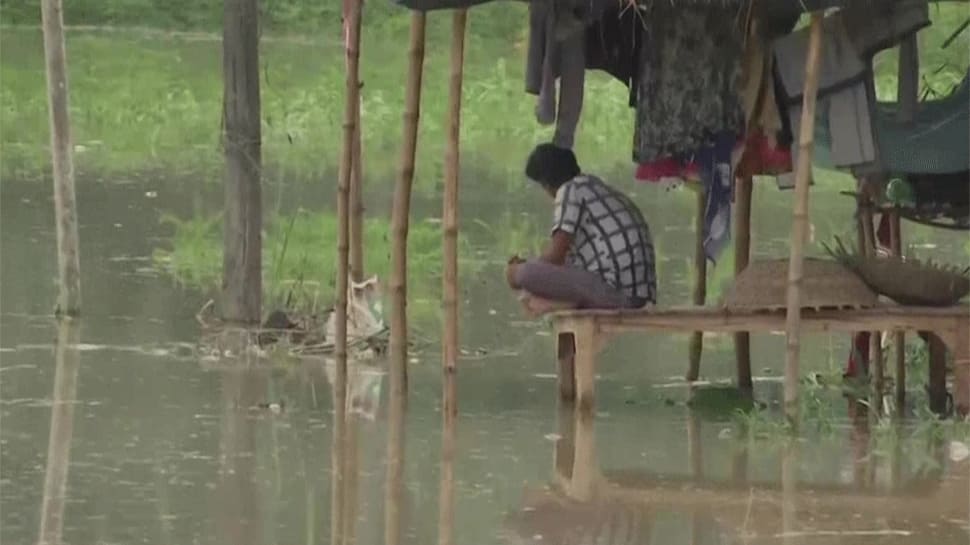 Patna: The floods in Bihar has wreck havoc by affecting nearly 1 million people in 10 districts and claimed at least 10 lives till Friday (July 24, 2020) as per the state's disaster management department.

Heavy rainfalls caused the rivers to overflow, leading to breach in embankments at more than one place. Parts of Darbhanga district was seen flooded following incessant rainfall in the region. Darbhanga also has the largest number of people hit by the floods, which has affected 3.46 lakh population.

Meanwhile, the state government said repair work would resume only after two-three days, during which the downpour is expected to become less intense.

The state government has also sought the help from the Indian Air Force so that relief material could be dropped for people marooned in places. National Disaster Response Force (NDRF) team is deployed at several flood-affected areas including East Champaran district

According to the bulletin issued by the state's disaster management department, West Champaran district, situated along the border with Nepal and through which flows the Gandak river, originating in the neighbouring country and currently in full spate, has borne the brunt accounting for seven of the deaths.

Meanwhile, train services has also been suspended between Sugauli-Narkatiaganj and six trains have been diverted due to incessant rain and flood-like situation in these areas.