Bengal's ruling party also slammed the Centre's advisory asking it to maintain law and order in the state and said it was nothing but a ''political conspiracy.'' 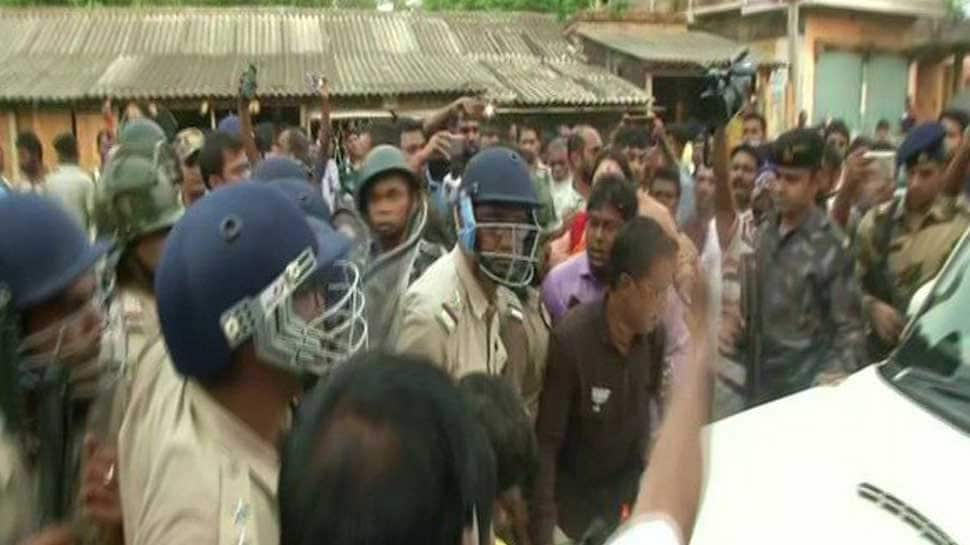 Sandeshkhali: As the blame game continued over the latest incident of violence in West Bengal, its ruling party Trinamool Congress on Sunday hit back at the BJP and accused it of doing politics over dead bodies. Chief Minister Mamata Banerjee's party said, ''the BJP is doing whatever it wants, they (BJP leaders) are creating a circus, playing politics with dead bodies in Bengal. Very sad."

Bengal's ruling party also slammed the Centre's advisory asking it to maintain law and order in the state and said it was nothing but a ''political conspiracy.''

The party said that it will respond to the Centre's advisory ''appropriately''.

"The so-called advisory from MHA to the West Bengal government on the law enforcement machinery in the State is nothing but a political conspiracy. We will respond appropriately,” the party said.

All this happened as the warring parties - the BJP and the TMC - continued to blame each other for Saturday's violence in Sandeshkhali, even as bodies of three persons were recovered and several others remained 'missing'.

The BJP attempted to take the bodies of two of its supporters to Kolkata from Basirhat in North 24 Parganas district, but the party workers were stopped by police, leading to a heated exchange of words between the two sides.

The BJP leadership later decided to take the bodies to the village of the two slain party workers for their last rites tonight.

The saffron party also announced that it will be observing a black day in Bengal on June 10.

This was announced by BJP national secretary Rahul Sinha who said that his party will be observing a "black day" in West Bengal on Monday in the wake of the killings of BJP workers.

He also said the party would move court over police role.

Talking to the ANI, Sinha said, "The party has called a 12-hour 'bandh' in Basirhat tomorrow. In entire West Bengal, we will observe a black day. BJP will move court over police role. The mortal remains of the deceased BJP workers are being taken to their native places for last rites."

Earlier, the Centre issued an advisory to the West Bengal government and expressed "deep concern" over the continuing violence and asked it to maintain law and order.

The bodies have been identified as that of Sukanta Mondal, Pradip Mondal and Kayoom Mollah. While Sukanta and Pradip were BJP supporters, TMC leaders said Kayoom was an active worker of their party.

A huge contingent of police is posted at Bhangipara village under Nyajat police station where the clashes took place on Saturday evening during a TMC rally.

Internet service has also been suspended at Nyazat.

While BJP leader Mukul Roy accused CM Mamata Banerjee of instigating political strife through her speeches, TMC secretary-general Partha Chatterjee said it is for the people to see what the BJP, which won 18 of the 42 Lok Sabha seats in Bengal in the polls, was up to in the state.

Sources in the TMC and the BJP claimed that the clashes broke out over the removal of saffron party flags in the area.

The area comes under Basirhat Lok Sabha constituency from where TMC's Nusrat Jahan won with a huge margin of over 3 lakh votes.

No airborne search for missing IAF aircraft AN 32 today, night operation to continue