Char Dham Yatra: Kedarnath doors opened for public on May 9 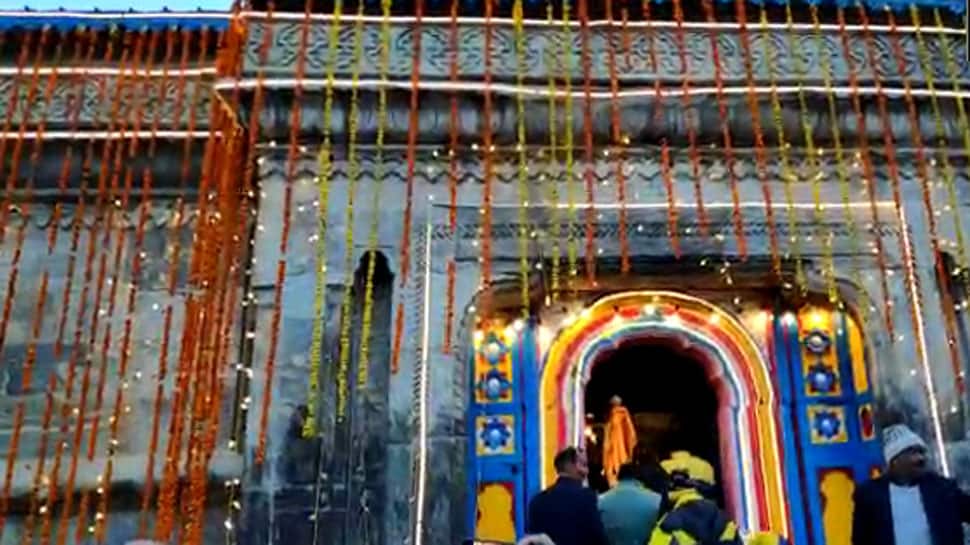 HARIDWAR: Doors of the Kedarnath temple in Uttarakhand's Rudraprayag were thrown open for the public on Thursday, May 9. Thousands of pilgrims visited the shrine, chanting Vedic hymns, as the flower-decorated gates opened at 5:33 am.

The six-month-long Char Dham Yatra to a set of four Hindu pilgrimage shrines in Garhwal Himalayas began on Tuesday on the day of Akshay Tritiya. The gates of Gangotri shrine were opened at 11.30 am while that those of Yamunotri was opened at 1.15 pm amid the presence of thousands of devotees.

#WATCH Uttarakhand: Portals of the Kedarnath temple open for pilgrims after a period of six months. pic.twitter.com/FN39K3LXFL

The Char Dham Yatra attracts lakhs of devotees from across the country and abroad every year. The pilgrimage commences from Yamunotri, proceeds to Gangotri, Kedarnath and finally Badrinath. The doors Badrinath will open on Friday, May 10.

The four Himalayan shrines remain closed in October-November every year because of heavy snowfall and are reopened in April-May.

The Kedarnath temple, dedicated to Lord Shiva, is situated at a height of 11,755 feet in Rudraprayag district. The government has made arrangement for nearly 3000 pilgrims staying overnight at Kedarnath by setting up tents.

Area around Kedarnath temple premises continues to be surrounded by heavy snow. However, the path leading to the shrine has been cleared, Badrinath-Kedarnath Temple Committee Chairman Mohan Lal Thapliyal told IANS.

"From our side, all arrangements for the smooth conduct of the yatra to Badrinath and Kedarnath shrines have been completed," said Thapliyal.

Several huts at Kedarnath were damaged in heavy snowfall during winters, with the government takinf up the task to clearing the snow which piled up to a height of 15-20 feet and rebuilding the structures.